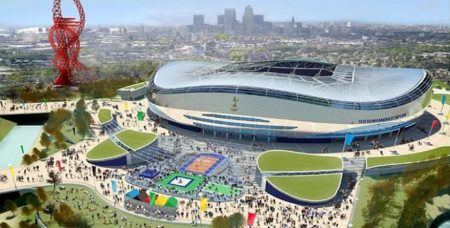 For quite some time, I’ve found it very odd that billionaire sports team owners ask cities to pay for sports stadiums.

The logic often used to justify tax dollars being used in this way is if you build a stadium, more people (local and tourists) visit the surrounding bars, restaurants, and shops, boosting the local economy.

The problem is that the majority of economists agree that the benefits provided by a successful stadium never catch up to the costs.

I was talking with my dad about this a few days ago during my weekly phone call home. He was the budget director–and eventually the supervisor (the equivalent of an unelected mayor)–for the county where I grew up. I asked him if he agreed with this economic theory.

But, he said, there is actually one sports-related expense from which he saw incredible results: youth sports parks.

Dad shared an example from our county. Without going into too many details, basically the county helped fund a really nice area for hosting soccer tournaments (and maybe other sports too). When the fields weren’t used for tournaments, they were used by local sports teams for games and practice.

During the tournaments, parents and kids travel from all over the country to the sports park. They stay in local hotels, eat at local restaurants, and spend money at local stores/vendors.

If you have kids or were a kid who was involved in sports, you know how often these tournaments happen and the lengths parents will go to watch their kid. It’s a big deal–there’s a sense of pride that professional sports rarely match.

This hadn’t ever occurred to me, and I thought it was pretty brilliant. Arguably, you could still say that you don’t want tax dollars going to a youth sports park, especially if you don’t have kids, but at least it appears that it could have a much better boost on the local economy than a football stadium costing hundreds of millions of dollars.

What do you think about this topic?

This entry was posted on Wednesday, August 22nd, 2018 at 7:36 pm and is filed under sports and tagged with sports. You can follow any responses to this entry through the RSS 2.0 feed.

6 Responses to “Do You Think Cities Should Spend Tax Dollars on Sports Stadiums?”