Have You Watched “What If”? 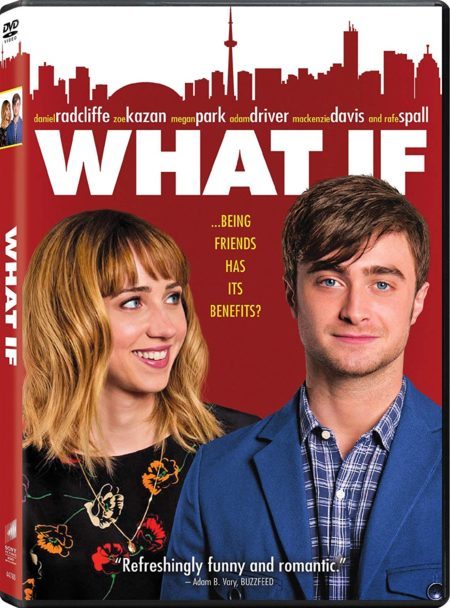 I’m a sucker for a good romantic comedy.

Actually, I’m a sucker even for not-so-good romantic comedies. But when a great one comes along, I want to share it.

“What If” is a great romantic comedy.

This movie wasn’t on my radar at all. Apparently it was originally called “The F Word,” and now it’s on Amazon Prime, so it’s called “What If.” Neither title does the movie justice.

“What If” is mostly about two people living in Toronto (not Seattle, as I thought for most of the movie) who become friends even though they also have a bit of chemistry. They’re played by Harry Potter and Zoe Kazan. Adam Driver is also in the movie, and he’s great.

The movie is very funny at parts. The banter between various characters is really sharp. It has a whimsical edge to it, and it can be sexy at times, but it’s also raw and real in ways that cut deep if you’ve ever been in a romantic relationship (or just barely missed out on some).

There are a few romantic comedy tropes in the film, but almost all of them get called out by the characters themselves, so they work really well. And there are some very memorably moments and scenes.

I highly recommend it. If you’re intrigued and you have Amazon Prime, just watch it. Don’t watch the trailer, as it spoils one of the funniest moments in the movie. Let me know what you think.

This entry was posted on Monday, August 27th, 2018 at 10:24 pm and is filed under movies. You can follow any responses to this entry through the RSS 2.0 feed.

2 Responses to “Have You Watched “What If”?”