Do You Get a Flu Shot? 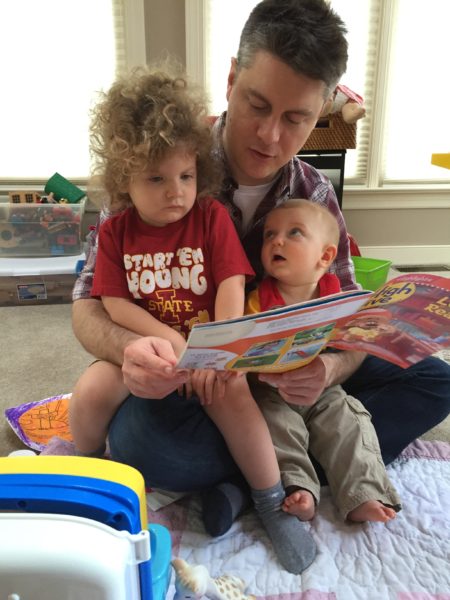 I can’t give these little munchkins the flu!

I had an interesting experience at the doctor’s office yesterday.

I was seeing my primary care physician for an annual checkup (or, in this case, my 18-month checkup). After I checked in, a nurse steered me into an office and checked my vitals. While typing away at the computer, she asked, “Did you want to get a flu shot today?”

I wasn’t planning on it, so I declined.

Later, as the doctor was looking through my records, he also asked if I wanted to get a flu shot. Without waiting for me to answer, he described in short how it would be beneficial for me to avoid getting the flu. While he spoke, I thought, “Eh, it’s fine. It’s unlikely that I’ll get it, and if I do, I’ll get over it in a few days.”

But then he continued his line of thought, saying that the other reason to consider it is that if I have a flu shot, I significantly decrease the chances of giving the flu to people around me. People who, he pointed out, might be much more susceptible to it than me, and who might have a greater risk of really being hurt by it.

I started thinking about my friends, family, nieces and nephews, old grandmas and grandpas at the grocery store…and in the blink of an eye, my answer changed from no to yes. I can’t bear the thought of getting someone else sick. I felt a sense of duty to those people.

So I got the shot. It took 3 seconds, and I didn’t feel anything. It’s a little sore, but I’ll be back to doing pull-ups tomorrow. I don’t know the exact science behind it, but if my doctor says it reduces the chances of me getting the flu and spreading it to others, that’s a no-brainer for me.

What are your thoughts about the flu shot? Do you get it? Have you ever been more persuaded by altruism than something self-serving? I honestly can’t say that happens all the time for me, but that was definitely the case here.

This entry was posted on Wednesday, September 12th, 2018 at 10:34 pm and is filed under life lessons, personal and tagged with personal. You can follow any responses to this entry through the RSS 2.0 feed.