My Thoughts on the American Ninja Warrior Finale 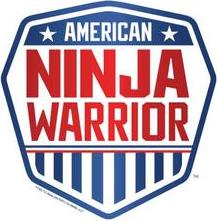 If you watch this show and haven’t watched last night’s episode, spoilers await! Otherwise, if you don’t care about spoilers and are curious about game design, competitive TV, and sports, you might find this interesting (and I’d like to hear your thoughts).

As I’ve written about a few times, I love American Ninja Warrior. I find it incredibly entertaining, it’s so much fun to root for the vast array of athletes, and I love how the structure of the show ramps up from episode to episode.

I also love how the show evolves in tiny steps from season to season. Like, this season, two changes were implemented: During qualifiers, competitors have a chance to ascend a very difficult obstacle to earn a $10k bonus. Also, at the end of the season, even if no one conquers the stage 4 obstacle, the athlete who went the furthest the fastest earned $100k.

Here’s a quick glance at how the structure works: There are roughly 12 weeks of episodes focused on competitions with different athletes in different cities and similar obstacles. 6 of those weeks are the qualifiers, then the other 6 weeks are the city finals, which determine the athletes who will continue to the national finals.

So that’s 100 competitors converging on Las Vegas for the finals. It’s here that the format changes. There are 4 stages to the national finals, and to advance from one stage to the next, you must complete it (often under a time limit).

Personally, I’m not a fan of this format. It means that the designers of the competition–a competition built to entertain and thrill the fans–lose control over how that competition progresses. The result is that there has only ever been 1 winner of American Ninja Warrior in around 10 seasons of the show. In the vast majority of seasons, there is no winner.

Can you imagine a sport where fans follow on the edge of their seats for months every year…and at the end, no winner is declared? This is the NFL where no one wins the Super Bowl, or March Madness where the final slot on every bracket remains empty.

Fortunately, the show had the new farthest/fastest rule that awarded one of the competitors with $100k. That was cool. But here’s what I’d like to see in future seasons:

It’s really not a huge change, but it would really ramp up the drama. The show would make more money, because they could split stage 2 and stage 3/4 into separate episodes–that should make up for the guaranteed million-dollar winner. And I highly doubt that past contestants would feel like their legacy was tarnished. In fact, they may be more excited than ever to compete.

What do you think? Would these changes have a positive impact on the show, or do you like it just the way it is? I’ll be watching either way.

This entry was posted on Tuesday, September 11th, 2018 at 8:42 pm and is filed under sports, television and tagged with television. You can follow any responses to this entry through the RSS 2.0 feed.