What Makes a Better Milkshake/Malt: Ice Cream or Frozen Custard? 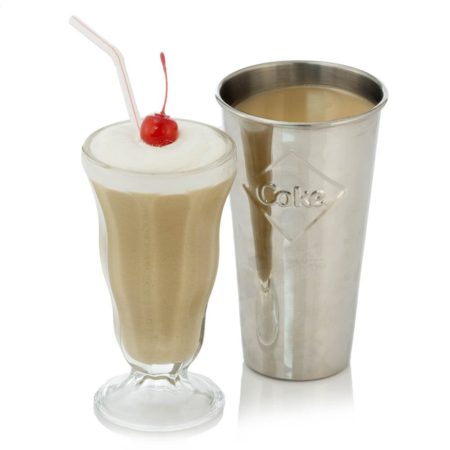 I love a good milkshake or malt. Chocolate malt is my go-to favorite, though I’m open to other kinds as well.

For me, the perfect malt has a very specific viscosity: thick, but not so thick that you can’t drink it smoothly through a straw. And it needs to taste delicious, of course, which I typically attribute to the malt featuring real ice cream.

But St. Louis is all about frozen custard, so a friend suggested that we try back-to-back malts on the same hot summer day: one made of ice cream, and the other made of frozen custard.

We first stopped at Potbelly, where they make milkshakes and malt using ice cream. The straw was thin, but it didn’t matter–the viscosity was perfect, and the shake was drinkable and delicious from start to finish. I was convinced afterwards that the frozen custard version would pale in comparison.

But then we went to Andy’s Frozen Custard…and I was truly surprised. It tasted nearly identical to the ice cream milkshake. In a blind taste test, I would have been hard-pressed to tell the difference. It was smooth to drink as well.

So which is better? It’s so hard to tell, much harder than I thought. We did learn that frozen custard is slightly healthier than ice cream (though not by much), so that could be a factor.

In the end, I can’t shake the psychological preference for real ice cream, even if the frozen custard doesn’t taste different. I would probably go back to Potbelly for a malt before Andy’s, but I wouldn’t shy away from getting a malt from Andy’s if I find myself in the area (plus, they have a drive-thru).

Which do you prefer?

This entry was posted on Sunday, September 2nd, 2018 at 9:40 pm and is filed under food. You can follow any responses to this entry through the RSS 2.0 feed.