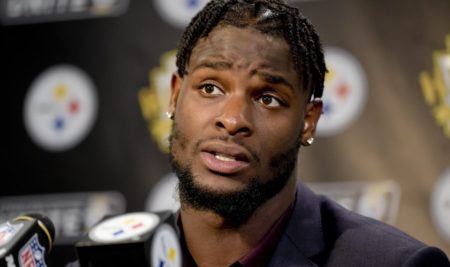 Almost every year in the NFL, there’s at least one elite player who doesn’t report to their team because of contract issues. After holding out for a while, they typically resolve the contract before the season begins, and they go on to help their team that year.

Something different has happened this year. One of the best running backs in the league, Le’Veon Bell, turned down a $70 million offer from his team, the Pittsburgh Steelers, because the guaranteed money in the deal was far less than that of some of the other elite RBs in the league. He then decided not to play for his team until they resolved the issue. The Steelers have now played 6 games this season, and Bell hasn’t appeared in any of them (nor has he practiced with the team).

I can’t relate to Bell’s issue, given monumental amounts of money in play. I can understand that he needs to look after himself and his family, and he has every right to do what he’s doing.

I really struggle, however, with this excerpt from a recent ESPN article about Bell:

What about those who consider Bell a me-first player after all this?

Bell believes that perception is unfortunate, because his love for football and his Steelers teammates was separate from the business side.

Watching Steelers games has been painful for him because of the losses and how Bell, after five years in the system, can detect the offensive plays before they are coming.

“I still want to go out there and win a Super Bowl with the Steelers,” Bell said.

How on earth can Bell claim to be a team player after this holdout? It makes absolutely no sense to me. Again, it makes sense that his actions might be the right thing for him, but I think he should just say it like it is. Be honest and say that you’re putting yourself first.

What do you think about this? Can you be both a contract holdout and a team player?

This entry was posted on Monday, October 15th, 2018 at 9:24 pm and is filed under sports and tagged with sports. You can follow any responses to this entry through the RSS 2.0 feed.

7 Responses to “Can You Be Both a Contract Holdout and a Team Player?”