What Would Cause You to Quit Survivor? 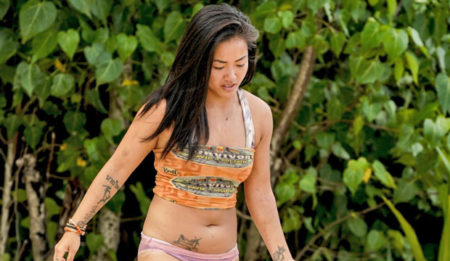 (spoilers within about recent Survivor episodes)

I got my bi-weekly dose of Survivor tonight, and unfortunately one of my favorite contestants, Bi, decided to quit the game.

Usually when someone quits Survivor, it’s met with a certain amount of disdain from me, my friends, and especially host Jeff Probst. However, Bi’s situation was a little different. She’s a professional MMA fighter, and she had previously torn her MCL.

So when she sprained her MCL during a challenge on Survivor, Bi was worried. She woke up the next day with her knee extremely swollen, and she made the tough decision to remove herself from the game. A sprained MCL is fragile, and if she tore it later in the game, she’d return home without a job, and perhaps with an end to her career.

I absolutely respect her decision. You could tell she didn’t take it lightly. Survivors have quit for a lot less–some have simply expressed that they weren’t have fun, or that they were tired, too hot, too cold, too wet, too dry, etc.

I can’t say that I would fair any better than those quitters, as I’m pretty sure I would be miserable on Survivor (aside from the joy of being on Survivor). I’m not the type of person who can skip a meal and be okay–I’ll get grumpy, and then I’ll get a massive migraine. So I wouldn’t put myself in that position.

But if I wasn’t migraine-prone, what would it take for me to quit? My job doesn’t have a physical requirement (other than typing) like Bi’s career. I don’t like being wet, cold, exhausted, or hungry more than anyone else, but if I made the commitment to go on Survivor, I’d know all that going into it, and I’d stick around. Sure, it’s easy to say that from a distance…but I just don’t think I’d let myself take a precious spot on the show if there was even a possibility I’d quit for those reasons. (Note that you can be removed from the game for medical reasons–it’s not your choice in those cases, and I would let them cart me away.)

What about you? Even if you don’t watch Survivor, you probably understand the general idea of it. If you signed up to be there, knowing what you’re getting into, what would it take for you to quit?

This entry was posted on Thursday, October 25th, 2018 at 9:22 pm and is filed under Survivor, television and tagged with television. You can follow any responses to this entry through the RSS 2.0 feed.

2 Responses to “What Would Cause You to Quit Survivor?”