Have You Ever Walked Out of a Movie (or a Book)? 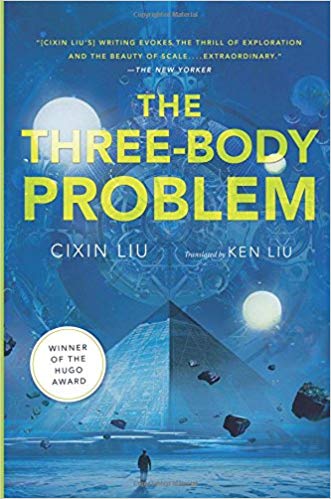 Over the last week I’ve been reading a science fiction book called The Three-Body Problem. It was recommended to me a while ago, so I got a Kindle sample. I couldn’t get into it.

However, it’s been recommended to me a number of times since then, so last week I just went for it. I bought the book and have been reading it every night. But must admit that it’s just barely holding my interest. There are some interesting concepts, but I’m 65% of the way through the book, and nothing has really happened. In fact, as far as I can tell, the big reveal of the book just happened.

I’ve walked out on books before. If I’m not eager to read more after several consecutive nights, I let it go. I think I like The Three-Body Problem a little more than those, but it might just be that I’ve gotten this far…maybe it gets really good in the final third. Someone mentioned that the second book is awesome, so that carrot on a stick has kept me going too.

As far as I can recall, I’ve only walked out of one movie, and it was more because of a girlfriend than me. It was years ago, and I took my girlfriend at the time to see a movie about deadly vines. It really isn’t even my type of movie, but I had read the book and wanted to see how it was depicted on the big screen. But my girlfriend was terrified of snakes, and the vines reminded her of snakes–I could tell that she was miserable. So we got out of there.

I don’t mean for this to be negative–I’m not looking for anyone to hate on certain books or movies. I’m just curious if you’ve ever made the choice to walk out after already investing some of your time and money in something, and what made you draw the line. I’m curious!

This entry was posted on Thursday, December 6th, 2018 at 9:49 pm and is filed under Uncategorized. You can follow any responses to this entry through the RSS 2.0 feed.