Okay, I’m starting this a little later than I thought, so I’m going to post a bunch of photos in chronological order and explain what’s happening.

Some context: I’m a huge Survivor fan (the TV show), and I had the opportunity to attend the live finale this year with a friend. I watch Survivor with 4 different people, but I first asked if an old friend from high school, Bryce–someone with whom I’ve stayed in touch partially thanks to Survivor–if he wanted to attend. His wife and three kids kindly let him fly across the country to make it happen.

We arrived at CBS Studios after lunch, wandering around the bustling farmer’s market to find ice cream before letting these signs guide us towards the security check-in. This was the moment of truth, as the e-mail instructions we received said that we couldn’t bring in cell phones. However, that wasn’t an issue at all, which was great, because we had plenty of photos to take. 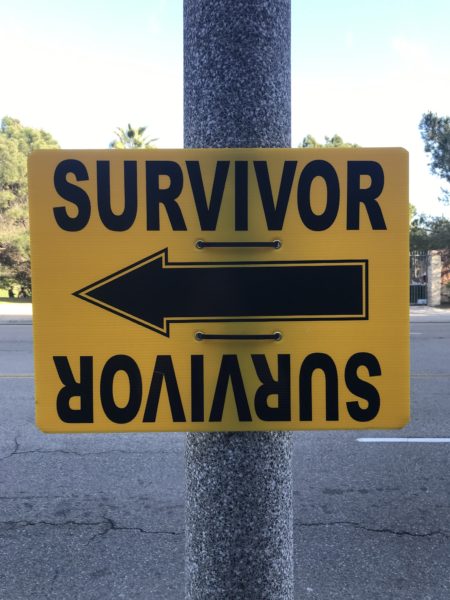 We had access to the Survivor area at 2:00, and I’m glad we arrived that early, because it meant we were among the first few people to play the 5 different challenges they had set up for fans. Sidenote: It’s a good idea to bring sunglasses to LA. Lesson learned for me. 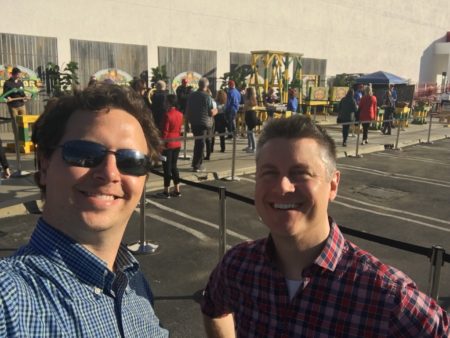 The challenges were surprisingly difficult. Several of them involve doing something that wasn’t super hard–like balancing a ball on a curved rod–but you have to do it while balancing on a small beam. I’m amazed that the Survivors–many of whom aren’t athletes–are able to do these types of things for long periods of time, especially after not eating much for weeks. 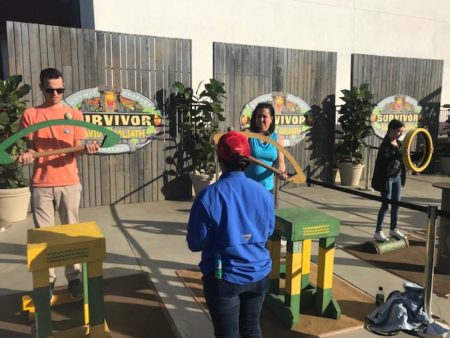 There were lots of family pairings at the finale, like this father/mother combo. I traded phones with them for several of the challenges so I could get a few photos like the one below. 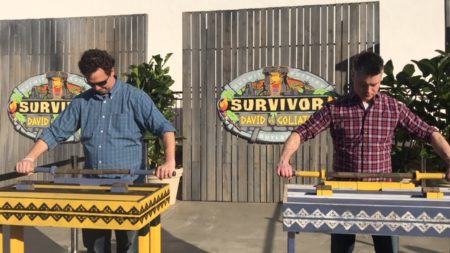 I was really bad at the challenge below–I just couldn’t get the ball started! I was worried it would fly away. 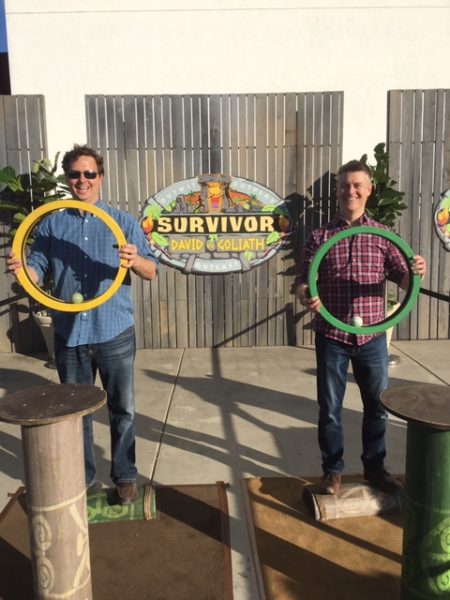 There was a team challenge, which was my favorite, and a challenge involving a precarious see-saw that I wouldn’t recommend for adults. Both Bryce and I ended up with scrapes and bruises from that one.

One of the other really great things about hanging out during these challenges is that a number of the cast members end up mingling with the crowd. We talked with Pat for a few minutes, and we snapped a photo with Carl and John (who is my height–he’s crouching down here): 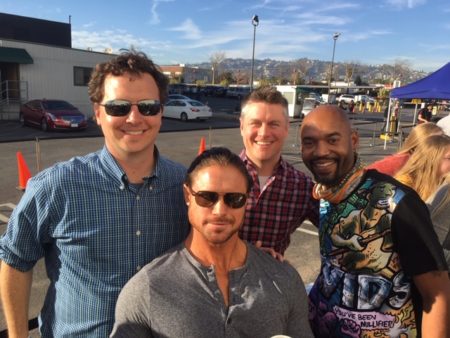 After getting some snacks and taking a bathroom break, we headed inside. Upon entering, one of my favorite things of the day happened: We noticed Cochran, a fan-favorite Survivor who played for two seasons and won one of them, and we went over to say hi to him. We ended up talking for around 5 minutes. He was super nice, and he clearly loves the show–after watching him on TV for so long, I was definitely geeking out.

In general, that was one of my favorite aspects of the finale. A number of past Survivors attend it, and many of them seemed happy to hang out and chat. They get to relive their 15 minutes of fame among people who weren’t present originally. There are tons of commercial breaks when people just mill around, and I saw lots of people approaching past survivors to chat, take photos, or get autographs. 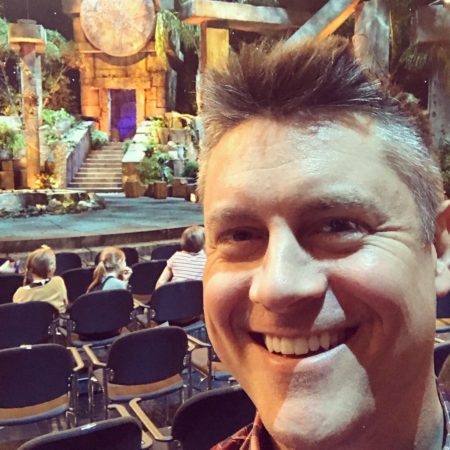 Our seats were to the far right of the auditorium, which seats around 400 people. The cameras that swoop over the audience couldn’t really capture us, as we were sitting directly behind it. I love behind-the-scenes stuff, so I kind of liked seeing the event from the camera’s perspective: 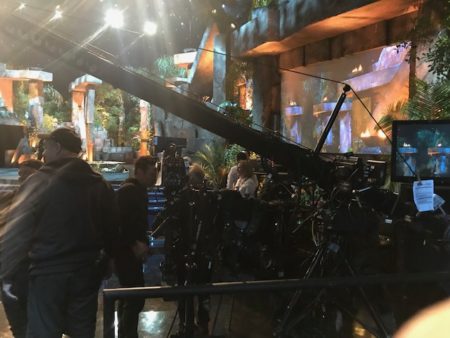 Technically I can see our seats on on the following photo, but it’s so blurry on my TV that I can’t specifically pick out myself: 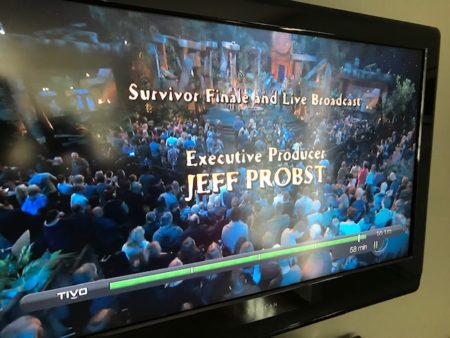 I had to turn off my phone during the taping, but here are a few observations and recollections:

Overall, I had a wonderful time attending the Survivor finale. I’m incredibly grateful for the experience, and I would highly recommend it to other fans if you ever have the chance. If you have any questions, I’m happy to answer them in the comments!

This entry was posted on Wednesday, December 26th, 2018 at 11:20 pm and is filed under Survivor, travel and tagged with travel. You can follow any responses to this entry through the RSS 2.0 feed.

8 Responses to “My Survivor Adventure in Photos”