Do You Ever Plan to Not Own a Car? 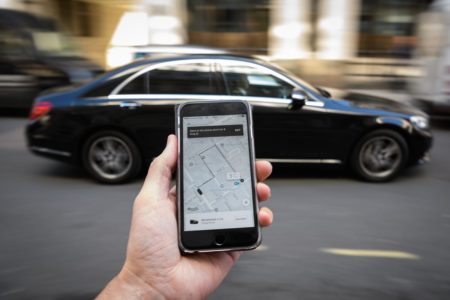 Today as I walked to my car after a lunch out, my friend asked how my car was holding up. The car in question is a 2003 Camry XLE, and it’s doing great, at least partially due to the fact that I work from home and rarely drive more than 10 minutes away. My hope is that it’ll last until 2023 when teleportation is invented.

Another friend has a theory that in the near future, there will be so many car-sharing and Uber-like services that it will become far more cost effective for most people to not own a car.

So at the time I jotted down the idea of “using Uber for a week instead of driving” to test his theory. I didn’t do it, but I think I can run the numbers:

I typically use my car for 1 errand each week and up to 3 random short trips (meals, game nights, etc). So that would be a total of 8 Uber rides, each around 10 minutes. A rough calculation is $1/minute, so that’s a total of $80 per week.

$32 is much lower than $80 per week. Plus, I would have to wait a few minutes for each Uber to arrive–that’s time lost. And I didn’t account for the rare times each year when I travel across the country by car. That would require renting a car, which is expensive.

At the same time, perhaps it isn’t fair to exclude the money I spent to own my Camry in the first place. Buying a car isn’t cheap.

So as it stands, it seems like owning a car is more cost-effective than the alternative. Of course, I didn’t explore public transportation, bicycles (Japan spoiled me on those–nothing will ever be as good as biking through Kyoto), and car sharing.

What do you think? Do you currently own a car? If not, what’s your secret? If so, do you think a day will come when you don’t own a car?

This entry was posted on Thursday, January 24th, 2019 at 9:48 pm and is filed under technology and tagged with technology. You can follow any responses to this entry through the RSS 2.0 feed.