Have You Ever Noticed a Big Change in Your Body Chemistry? 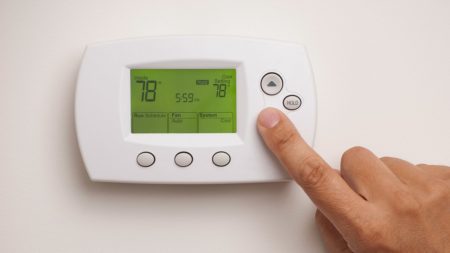 Ten years ago, I kept my condo a consistent 78 degrees year round.

That’s right, 78 degrees. My heating bills were pretty high in the winter, but summer wasn’t bad at all. 78 degrees, day and night. It wasn’t just a personal preference–it was what my body seemed to want.

Then, almost suddenly, it changed. I think I first noticed it in the summer when I started to get these dull headaches during the day. I wasn’t sure what caused them, but my hunch was that they were temperature related. So I experimented a bit and found that 74 degrees was much better. Lately it may have even changed to 72.

I started to have similar symptoms at night until I turned the temperature all the way down to 69 degrees. That might be normal for you, but this is coming from the guy who slept with a space heater pointed at his face all night when I lived in an apartment after college.

For a while I didn’t fully realize that any of this had to do with my actual body chemistry changing, but then I saw an interview with Charlize Theron on a late-night show where she talked about how she used to smoke weed every day. It was normal for her. Then one day she lit up her daily joint and found that it made her ill. Something about her body changed, and it no longer wanted weed.

I found this fascinating–could such a change really be that drastic? And then I thought about my temperature preferences, and while it may not have happened overnight, it was pretty close.

I’ve heard similar things about stomach bacteria. I’ve eaten a lot less bread over the last 6 months than in my previous 38 years, and I now notice that I feel really bloated and full after eating a small amount of bread. I wonder if the bacteria in my stomach have changed, and they’re no longer as interested in bread–or as good at digesting it–as they once were.

All of this sounds a bit like pseudoscience as I type it, but I still find it fascinating that our bodies are continually evolving, sometimes resulting in sudden changes. Have you ever experienced something like this, whether it’s temperature, a consumable, or something else?

This entry was posted on Tuesday, January 22nd, 2019 at 7:53 pm and is filed under personal and tagged with personal. You can follow any responses to this entry through the RSS 2.0 feed.

4 Responses to “Have You Ever Noticed a Big Change in Your Body Chemistry?”