Have You Listened to the “Living Room” Episode of Radiolab? 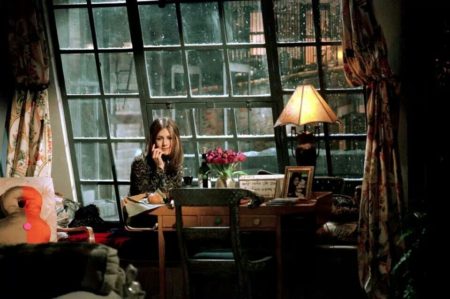 It’s a short episode, and it has some twists to it, so I’ll just share the basic concept: A woman in a New York apartment notices one day that she and her husband can clearly see into the apartment across from hers. In that apartment is a young, lusty couple. She ends up casually observing that couple over the next few years, watching how their relationships evolves over time.

I’m about 4 years late to talk about this episode; apparently there was a significant amount of chatter about it when it first released. From what I’ve seen, some people condemned the podcaster for infringing on the privacy of the couple. The podcaster seemed to anticipate this criticism in the podcast, as she mentioned how close the buildings were and that the couple made no attempt to cover the window. Either it was intentional or they were so caught up in each other that they were blissfully unaware that they were visible.

Her observations didn’t bother me. It’s one thing if she was looking through crack in the blinds through a telescope; it’s another (in my opinion) if the shade-less window is 10 feet across from hers and she happens to glance at it from time to time.

I found the story to be sexy, sweet, and a heartbreaking, and I would strongly recommend it the next time you’re looking for a 20-minute podcast. Let me know your thoughts if you listen to it. And I’m curious about whether or not the podcaster was wrong to observe the young couple and talk about them on a podcast.

This entry was posted on Wednesday, February 20th, 2019 at 10:37 pm and is filed under Uncategorized. You can follow any responses to this entry through the RSS 2.0 feed.

3 Responses to “Have You Listened to the “Living Room” Episode of Radiolab?”