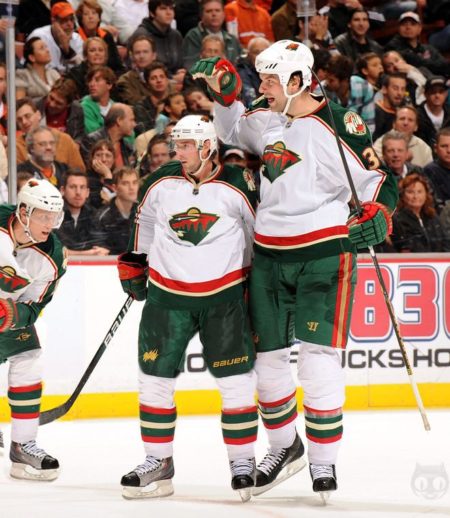 Last week I recommended an episode of the Radiolab podcast called “The Living Room.” After sharing it, several people recommended another episode called “Punchline“…and they were right, as it was worth the listen.

The episode is about a hockey player named John Scott. I don’t follow hockey, but the podcasters go out of their way to make the content accessible. If you’ve seen the movie Goon, though, you might know a little about “enforcers” in hockey. They’re players who protect the stars of their team.

John Scott was an enforcer, though he comes across very differently than I pictured the type of player whose primary goal is to get into fights. Rather, he seems like a gentle giant who loved hockey and found a way get on the ice due to his size (he’s 6’8″).

The episode follows a hockey season a few years ago when, for various reasons, fans attempted to vote John Scott into the NHL All-Star Game. I don’t want to say anything more than that, as Radiolab details what happens next far better than I could here. Let me know what you think if you listen to it or if you want to share your favorite hockey story.

Also, given that you helped me find this gem of an episode, if you have another specific episode to recommend of any podcast–one that really connected with you–I’d love to know about it. Thank you!

This entry was posted on Tuesday, February 26th, 2019 at 7:55 pm and is filed under sports and tagged with sports. You can follow any responses to this entry through the RSS 2.0 feed.