Is There a Sweet Spot (or Time) for You to Begin a New Book Series? 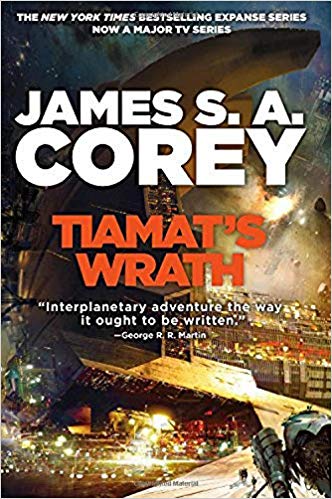 Today I was talking to a publisher friend about game expansions, and he mentioned something I hadn’t thought of: When someone learns about a game for the first time, if they also hear that there are a bunch of expansion for the game, they may be too daunted to buy the core game at all due to the time and monetary commitment.

The comparison that instantly came to mind is that’s the exact reason I haven’t read the Wheel of Time series, as it spans a whopping 14 volumes (plus a few companion books). For some people, that might be part of the appeal. For me, it’s too many.

So I thought I’d look at the following questions to see how they impact my willingness to dive into a new fictional series. I’m curious to hear your answers too:

What are your answers to these questions? If there are exceptions to your preferences, can you think of a reason for them?

This entry was posted on Thursday, March 21st, 2019 at 9:23 pm and is filed under books and tagged with books. You can follow any responses to this entry through the RSS 2.0 feed.

13 Responses to “Is There a Sweet Spot (or Time) for You to Begin a New Book Series?”