What Musical Albums Did Your Parents Play When You Were Growing Up? 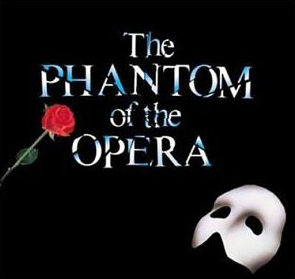 The conversation started with Phantom of the Opera.

I was talking to a few friends about New York. One of them has never been, and she said she’d like to go to a Broadway show. I nodded and said, “Yeah, I’d like to see Phantom of the Opera someday.”

There was a moment of silence, followed by another friend saying, “What?” You see, I’m not all that musically inclined. There are a few bands I love and will gladly see in concert, but I’m not one to seek out symphonies and musicals.

So I explained that my parents went to see Phantom when I was around 10 years old, and they returned from their trip with a CD of the music. It must have played hundreds of times in our house. Imagine three kids (10, 9, and 5) running around singing “The Music of the Night.”

There were a few other albums that my parents also played for years. I might be forgetting one, but I’m sure that each of these got significant airtime in the Stegmaier household:

What about you? What are the albums or songs that your parents played the most when you were growing up?

This entry was posted on Monday, March 11th, 2019 at 10:06 pm and is filed under music, personal and tagged with music. You can follow any responses to this entry through the RSS 2.0 feed.

9 Responses to “What Musical Albums Did Your Parents Play When You Were Growing Up?”