Would You Wear a Hat to Save a Bird? 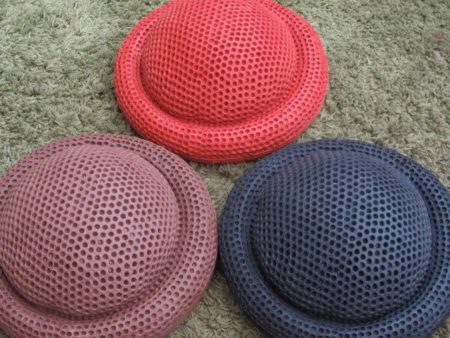 Since I was a kid, the peregrine falcon has been my favorite bird. As a sprinter, I love speedy things: cheetahs, Dash in The Incredibles, and the bird that can dive at speeds above 300 mph.

Until recently, though, I didn’t know that peregrine falcons almost went extinct in the 1960s, and they were at least partially saved by a hat. I was informed of this amazing story by the designer of my company’s latest game, Elizabeth Hargrave, who was recently featured in the New York Times.

The article about peregrine falcons discusses how an aggressive artificial insemination program was deemed necessary to propagate the species. However, the original method required 3 people to handle the bird, which creates multiple issues.

So a new method was invented: a copulation hat. (If you’d like more visceral language, please see the article.) And it is quite literally a hat in that it must be worn by a falconer who mimics a female falcon’s chirp.

Then the magic happens:

The falconer turns his back to the falcon before kneeling on the ground. A ready bird will then mount the hat, flap its wings wildly, perhaps make a chittering noise, before pressing its abdomen against the hat, and concluding with “a noticeable shudder” during ejaculation.

While the wording of the article delighted me, I’m also just incredibly impressed in humanity that people would be willing to devote themselves in such a way to save animals. That’s wonderful.

The article is full of colorful language, and I’d highly recommend it. Would you wear a copulation hat?

This entry was posted on Monday, March 18th, 2019 at 9:33 pm and is filed under humor and tagged with humor. You can follow any responses to this entry through the RSS 2.0 feed.

4 Responses to “Would You Wear a Hat to Save a Bird?”