Did You Ever Have a Crush on a Teacher? 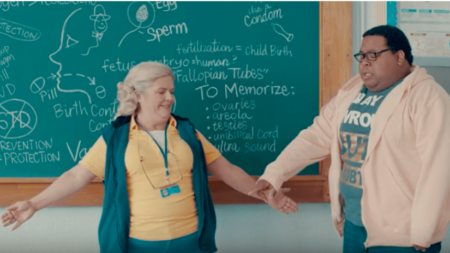 One of my favorite shows, AP Bio, is back on air, and there was a funny bit a few weeks ago about a student who had a crush on his teacher. It made me think about the teachers of my past, and as it turns out, I had crushes on quite a few of them.

The first crush I can remember was my middle-school science teacher, Mrs. Clover. She was a vivacious redhead whom I think most of the boys in the class were excited by–after all, we were all experiencing puberty for the first time. Aside from being physically attractive, she was also really nice, and even a bit exotic. Like, literally exotic–her classroom was decorated like the jungle, and there was an iguana that grew to be about 5 feet long.

My second crush was also in middle school, my first Japanese teacher. I started studying Japanese in 7th grade mostly because it seemed different and more difficult than the other languages, but I was happy to stick around thanks to Tsukakoshi Sensei. She was young–probably her early 20s–and she was very pretty. There’s also something special about connecting with someone else in a different language.

In high school, I can only recall one crush: Ms. Brodie, my Latin teacher. She was a brisk, all-business teacher, but there was something about how she took charge of the class every day that really did it for me. I remember being very distracted by her legs, yet I still managed to do well in the class.

In college, I was fully enamored with the vast variety of female classmates around me that I don’t think I had any crushes on professors. There were definitely some professors I admired and respected, but my excitement for them didn’t extend beyond academia.

Did you have crushes on any of your teachers?

This entry was posted on Tuesday, April 9th, 2019 at 9:31 pm and is filed under personal and tagged with personal. You can follow any responses to this entry through the RSS 2.0 feed.

8 Responses to “Did You Ever Have a Crush on a Teacher?”