This Friday, I will watch the 22nd film in the MCU, Avengers: Endgame. I’m so excited that I’m trying not to think about it, lest I lose sleep. I’m incredibly curious as to how it will play out–I’ve avoided all trailers and information about it, so I really have no idea what it’s about. Maybe it’ll be a low-budget rom com. I’m fine with that–I love rom coms.

In preparation for this event, I thought I’d run through my top 10 favorite MCU movies. I’ve been entertained by all 21 movies, but there are some that I’m much more likely to return to than others–those are the movies at the top of the list.

Okay, flash forward to future Jamey: Really, there are 3 tiers of movies for me. I’ve enjoyed all of them, but there are the 5 movies I absolutely adore, the 6 movies I really liked, and 11 that I thought were simply entertaining at the moment.

In the bottom tier are: The Winter Soldier, Doctor Strange, Ant-Man and the Wasp, Guardians of the Galaxy Vol. 2, Iron Man 3, Thor, Avengers: Age of Ultron, The Incredible Hulk, Iron Man 2, and Thor: The Dark World. Putting them on the “bottom” doesn’t really do them justices, because I genuinely enjoyed all of them, and each one has a number of amazing set pieces and memorable moments.

In the middle tier are: Ant-Man, Black Panther, Captain Marvel, Captain America: Civil War, Avengers, and Spider-Man: Homecoming. I think these are fantastic, immersive, entertaining movies. I love the humor in Ant-Man, the worldbuilding and seamless action in Black Panther, that sheer badassery and twists in Captain Marvel, the hero-against-hero battles in Civil War, the sheer spectacle and the Hulk in Avengers, and the fact that we didn’t have to sit through another Spider-Man origin story for Homecoming.

As difficult as it is, I’ll rank the top tier: 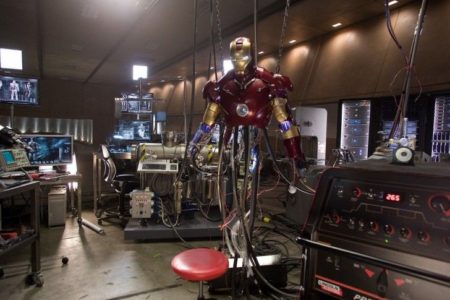 5. Captain America: The First Avenger: The cinematography of this movie really drew me in, and I think it’s why the Russo brothers may be my favorite Marvel directors (though there are so many great directors among these movies). The use of two different actors made me really believe in Steve Roger’s transformation, and I loved seeing futuristic technology appear in a period piece. Also, a superhero movie where the main character dies (okay, “dies”) in the end? That takes guts.

4. Guardians of the Galaxy: I think this may have been my biggest surprise out of all the Marvel movies. I was absolutely delighted by Guardians. I felt transported into a new world, at least partially because I knew nothing about it, and because James Gunn did a fantastic job with the characters, humor, action, and music.

3. Thor: Ragnarok: This has everything I want in a popcorn flick: memorable moments, impactful battles, interesting relationships, laugh-out-loud humor, and Tessa Thompson. The entire movie has this confident swagger to it that could have been its undoing…except its so good that the swagger elevates it to a new level.

2. Iron Man: It was an incredibly close call between this and my #1 pick, with the only shortcoming of Iron Man being that the villain isn’t all that interesting. However, I think this is the best superhero origin story of all of the movies. Robert Downey Jr is perfectly cast, and he makes so many decisions along the way to become (and eventually himself as) Iron Man. The scenes of him tinkering with the Iron Man suit–experimenting, testing, failing, and trying again–really connected with me. The practical effects make the suit feel real, like you or I could climb into it and become Iron Man. I walked out of this movie with a massive smile on my face, and I’ve enjoyed every viewing of it since.

1. Avengers: Infinity War: Perhaps the one consistent shortcoming of MCU movies is that the villains aren’t particularly memorable or interesting. They’re fine, but Marvel movies often focus much more on the heroes than the villains. Then along comes Thanos. I haven’t been this enthralled watching a comic-book villain since Heath Ledger’s Joker. And it wasn’t just him–he had several henchmen that were a lot of fun to watch in action too. I love how the movie jumps around to different superheroes hanging out with each other, and there are a number of huge, memorable set pieces. I adore this film.

That’s my list, and we’ll see in a few days where Endgame ends up on it. What are your favorite MCU movies?

This entry was posted on Monday, April 22nd, 2019 at 10:00 pm and is filed under favorites, movies and tagged with movies. You can follow any responses to this entry through the RSS 2.0 feed.