What’s Your Secret to Sleeping Well?

I have a consistent bedtime routine that ensures I fall asleep each night and wake up fairly well-rested:

Despite that routine, I would say that I’m only sleeping about 85-90% as well as I should. Part of it is the cats, part of it is that I clench my teeth (I’m supposed to wear a nightguard for this, but it just makes me clench more), and part of it is my snoring. I’m a pretty aggressive snorer for the first hour each night. 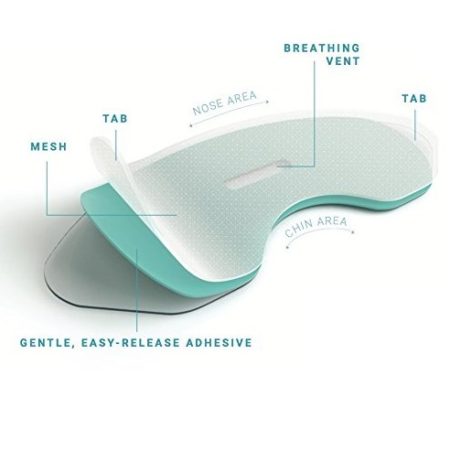 So after watching a recent episode of Shark Tank, I decided to try to address the snoring and hopefully improve my sleep. This is where it gets a bit weird, folks. Bear with me. 🙂

The Shark Tank pitch was for a product called Somnifix. It’s a disposable adhesive strip that you put over your lips when you go to bed, and it prevents you from opening your mouth. Instead, you’re forced to breathe through your nose.

I was just as apprehensive as I was curious. It seemed pretty brilliant, as it’s not a drastic measure–it’s weird, but it’s not invasive. So I bought a pack and gave it a try for 4 days. Here are my thoughts:

I was hoping it would be a magical, revolutionary experience, and it didn’t quite turn out that way. But it was worth a try.

What’s your secret to a great night of sleep? Have you ever tried any devices, apps, special routines, or other bed-related products?

This entry was posted on Tuesday, April 30th, 2019 at 8:40 pm and is filed under personal, their brilliant ideas and tagged with personal. You can follow any responses to this entry through the RSS 2.0 feed.

6 Responses to “What’s Your Secret to Sleeping Well?”