I walked into an Easter brunch gathering today, and the first thing my best friend’s dad–a man who’s known me since I was 4 years old–said was, “You’re on The Code!”

It took a few minutes to figure out what he was talking about. Apparently there is a TV show called The Code (a show on which I am not an actor, as far as I know), and there is an actor who my friend’s dad says “looks like a younger me.”

I kind of rolled my eyes, because I think we all like to think we’re handsome or pretty enough to be confused with a professional actor, but it’s always a huge stretch. So I pulled out my phone and searched for The Code, and here’s who appeared: 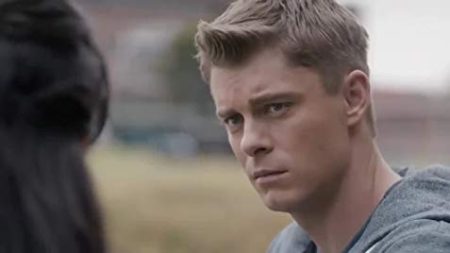 What?! This dude (an actor named Luke Mitchell) actually does look strikingly similar to a younger me. Feel free to disagree, but I’ve seen myself a lot, and when I first saw this photo, I legitimately thought for a second that it was a photo of me from 10 years ago.

I went back and looked for photos from that time, and I’m smiling in all of them, so I don’t have a perfect 1:1 match, but here’s the closest I could find: 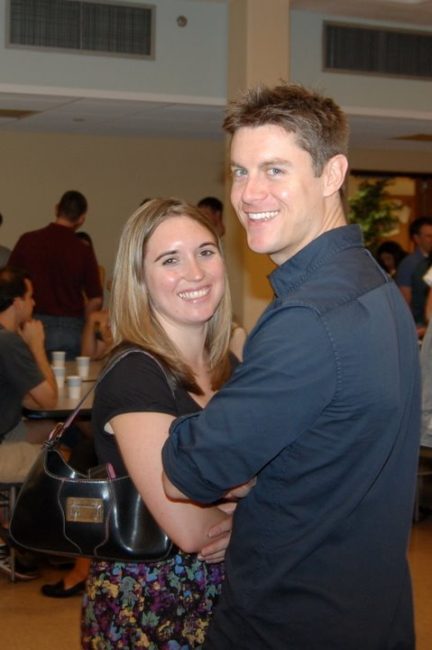 I wish I had an older photo from the same angle of me not smiling, because it really is a bit uncanny. Perhaps Luke and I share the right mix of Irish, Polish, and German.

Have you ever stumbled upon a celebrity photo that looks strikingly similar to you at a certain point of your life? Who is your celebrity doppleganger?

This entry was posted on Sunday, April 21st, 2019 at 7:46 pm and is filed under television and tagged with television. You can follow any responses to this entry through the RSS 2.0 feed.

13 Responses to “Who Is Your Doppleganger?”