Do You Remember Your First Chocolate Bar? 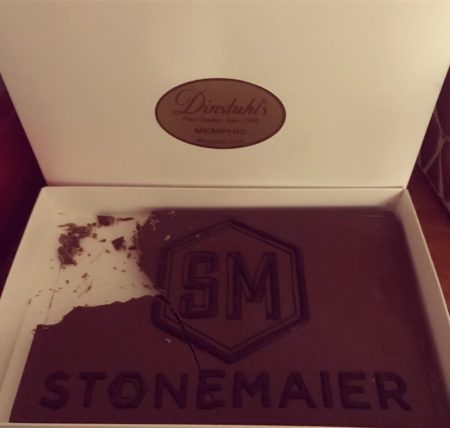 Despite my intense love of chocolate as an adult, I had very little access to it when I was a child. We had access to candy at Halloween, at Christmas, and at Easter, but beyond that, it was a rare treat.

I was raised Catholic, and I attended Sunday school every week starting around age 6 or 7. For several of my elementary school years, my Sunday school instructors were Mr. and Mrs. Walent, whose son was in the same church and public school I attended.

I don’t remember much about Sunday school itself, other than an intense drive to memorize the Beatitudes. But I will never forget the one day that class ended (perhaps for the semester) and the Walents gave each student a full-sized Symphony chocolate bar.

It was by far the largest chocolate bar I’d ever seen. In my memory it’s almost as big as I was. It was so large, in fact, that I thought for sure it was meant to share with others…but no, everyone in the class got one.

I waited until I got home to open it. I remember peeling back the gold foil to reveal the chocolate inside. I tried a bite, and it was magical–it was the first creamy milk chocolate I’d ever eaten.

I savored that chocolate bar, allowing myself 1 piece a day for the next week. This was a difficult pace to maintain, but each piece was so big that it wasn’t as hard as I thought.

I’ve since eaten far fancier chocolate, but I don’t think any chocolate will ever eclipse that experience. I will forever treasure that memory.

So why did this come to mind? At a recent game convention, a lovely woman named Barbara introduced herself to me and presented me with a Stonemaier chocolate bar she had commissioned from her local chocolatier. She said she didn’t know how much was a normal amount of chocolate to put into a bar, so she asked for a 1-pound bar…and it turned out to be massive.

When I tried the first bite last week and discovered that it was creamy, delicious milk chocolate, I instantly thought of that first Symphony experience. In fact, this chocolate bar is so big that it even renewed some of that child-like wonderment that’s so hard to replicate as an adult. I feel very, very fortunate.

What was your most memorable experience with chocolate (or another treat) as a child? Is there any thing as an adult that has triggered those positive memories?