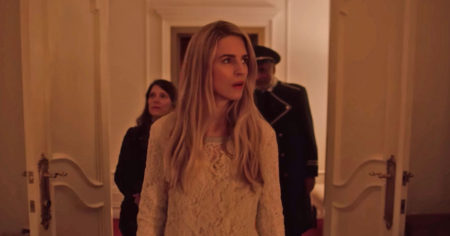 A few years ago, I was transfixed by the first season of a Netflix show called The OA. It was weird, a little trippy, and it told two interesting stories: One about a group of people who were being studied against their will based on their near-death experiences and another about a group of high school misfits brought together to make a difference.

I raced through Season 1, and I’ve taken my time with Season 2. If you haven’t watched it, before I have a spoiler discussion about it, I’ll say that I would recommend watching the first episode, and I’d slightly recommend the rest of the season.

The entire first season, you think you’re watching people have near-death experiences, perhaps flashes of the afterlife. But the first episode reveals that they’re actually seeing images of their life from alternate universes. I loved this twist, and I liked seeing how people who were aware of the various universes were able to benefit from that information in different ways.

There were some interesting mysteries (like the garden beyond the door) and memorable moments (like the octopus) that I enjoyed. And the final meta-twist at the end was neat. But where I liked the trippy, mystical nature of the first season, there were almost just too many weird puzzle pieces in Season 2 with too little payoff.

I admire the work and creativity that went into the show, though, and I hope we continue to see more weird, well-produced shows like this.

Did you watch Season 2? What did you think of it?

This entry was posted on Monday, May 13th, 2019 at 10:35 pm and is filed under television and tagged with television. You can follow any responses to this entry through the RSS 2.0 feed.

2 Responses to “What Did You Think of Season 2 of The OA?”