What Do You Do When Your Restaurant Service Is Terrible? 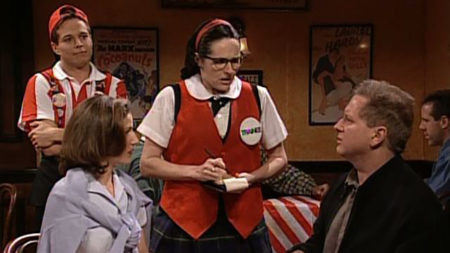 As someone who worked as a waiter at several restaurants years ago, I have a lot of compassion and empathy for servers. I can tell when they’re doing their best in tough circumstances, like when they get double-seated, have kitchen issues, or have a difficult table (which hopefully isn’t my table).

I think, as a result, that I’m a pretty good tipper. 20% on the entire bill is my standard tip, and if service is special, it can go up to 30%. So it means something when I even consider tipping less than 20%.

Before I go any further, I want to say that I had exceptional service at two restaurants recently: Dalie’s Smokehouse and Midtown Sushi and Ramen. At Dalie’s, we didn’t have an assigned server, but it felt like the entire staff was constantly paying attention to us. At Midtown Sushi and Ramen, we had a baby at the table, and the server was incredibly accommodating and helpful.

So it was a stark contrast to have two terrible service experiences in the past week at other restaurants. At one of them, I had to go get our server 3 different times because he simply wasn’t ever dropping by our table (or even our section of the restaurant). My experience was pretty similar at the other–there were a total of 4 seated tables between 2 servers in the entire restaurants, and at several key times (when we were ready to order, check out, and then hand over our credit cards), we didn’t see our server for upwards of 20 minutes.

That’s where it really gets me: negligence. I understand a server who messes up an order. But I can’t understand why a server wouldn’t be present for extended periods of time.

I’m really not here to complain, though. We’ve all had bad service, and it doesn’t make for a good story. My question is: What do you do? Sure, maybe you tip less than normal, which I did. But is that it? Do you not eat at the restaurant anymore (or, if you do, request a different server)? The food at both of those restaurants is excellent. Do you write a negative Yelp review that could reflect poorly on the entire restaurant even though only one server is at fault, and maybe they were just having a rough day? I don’t want to actively hurt someone–sure, I had a bad experience that I don’t want to repeat, but I shouldn’t take it out on them or the restaurant. That doesn’t accomplish anything.

I’m not sure where I land on this. I want to offer a solution that positively benefits all parties involved–the customer, the server, and the restaurant–but I’m not sure there is such a thing. What do you think?

This entry was posted on Tuesday, May 21st, 2019 at 7:06 pm and is filed under restaurants. You can follow any responses to this entry through the RSS 2.0 feed.

5 Responses to “What Do You Do When Your Restaurant Service Is Terrible?”