I Survived a Summer Month Without Air Conditioning in St. Louis 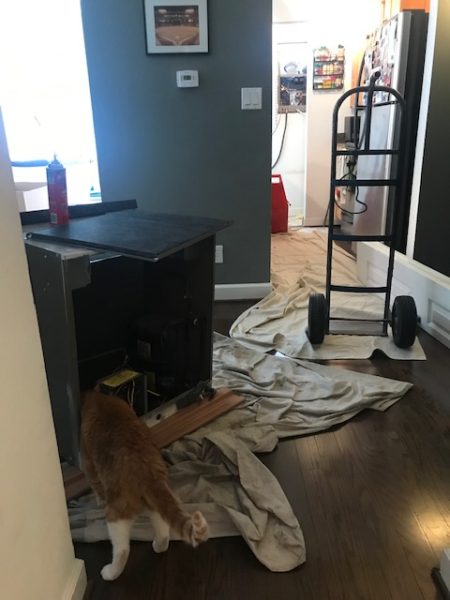 Just over a month ago, the air conditioning in my condo stopped working. I barely noticed it at first, as it was a relatively cool May at that point, but it was soon clear that the internal fan was just circulating room-temperature air.

A repairman dropped by the next day. After taking a look at the AC unit and hearing how old it is (15+ years), he delivered the bad (but expected news): It needed to be replaced.

So what followed was a literal month without central air conditioning. Fortunately, I was really lucky, because the weather continued to be uncharacteristically cool for nearly the entire time. As a result, I spent many days and nights with the windows open.

There were a few days where the temperature slipped into the 90s, though, and I was worried about my cats overheating. So I bought a “portable” AC unit (a huge misnomer, as they’re big, heavy, and they need to be connected to a window to exhaust the hot air). It helped out in my office room on a number of days. 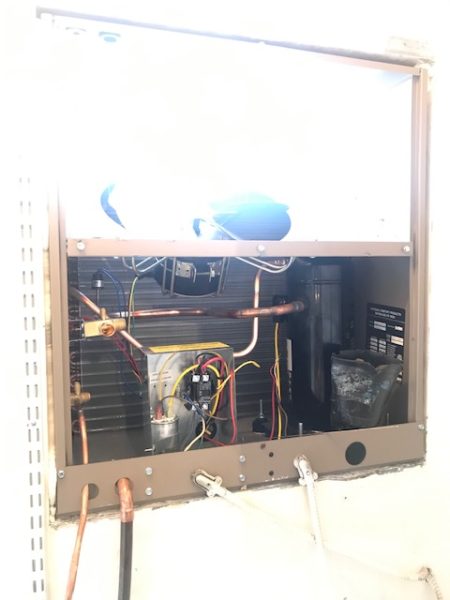 I found myself getting in the habit of checking the weather multiple times every day, something I hardly ever do (usually I just walk onto my balcony to see what the weather is). I also think my body must have adapted somehow, because I went from needing to keep my condo at 68 every night and 72 every day to 74 at night and 75 during the day. I don’t know if it’s possible, but it really feels like my body adapted to the change out of necessity.

A few days ago, some folks from Galmiche Heating & Air spent 7 hours installing the new AC unit and air handler (I snapped some photos in the middle of the process). They did great work, and everything is working better than ever now, just in time for the real heat of summer.

Overall, I’m really grateful for the entire process. It’s certainly not ideal, but the weather was incredible most of the time, my game-night friends were forgiving of the heat, my cats were troopers, and my body adjusted in such a way that I don’t need to keep the temperature so low. Plus, now my condo is augmented by a brand-new air conditioner.

Have you ever gone through anything like this in your home (not just AC)? How did it go?

This entry was posted on Sunday, June 23rd, 2019 at 9:47 pm and is filed under personal. You can follow any responses to this entry through the RSS 2.0 feed.

2 Responses to “I Survived a Summer Month Without Air Conditioning in St. Louis”