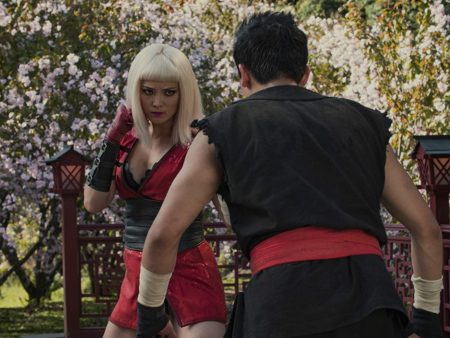 That’s right, there are only 3 episodes of Black Mirror in the new season. But I’d rather have 3 than 0. My thoughts on each (with spoilers) are below.

Striking Vipers: While this episode made me the most uncomfortable, I also thought it was the most interesting and thought provoking. It takes place in the near future when virtual reality has developed to the point that it syncs to your entire body. This allows you, for example, to feel pain while playing a video game…and pleasure.

The result is that it’s possible for your avatar in the game to have sexual encounters with other avatars controlled by pretty much anyone. But should you? How much does the person behind the other avatar matter? If you’re already committed to someone, is it cheating on the same level as having intercourse with your actual body?

Smithereens: I must admit that I’m not sure this episode was time well spent. It’s essentially a 1-hour warning about social media addiction. While I think that’s an important message, my favorite episodes of Black Mirror are those where the element of technology pervades the entire episode, showing us a version of the near future that we may or may not want. This episode felt like a hostage episode of any crime show (well filmed and acted, but just not Black Mirror).

Rachel, Jack, and Ashley Too: This episode touches on a few interesting elements. The first is how a girl befriends an Amazon-Echo like device. The second is the the possibilities that could emerge if technology can capture and save your entire brain function. And the third is another brain-scanning technology that extracts songs from a sleeping pop star’s brain. I love the idea of any technology that interacts with and learns from your dreams.

Have you watched this season of Black Mirror? What are your thoughts on your favorite episode (or any of them)?

This entry was posted on Tuesday, June 11th, 2019 at 8:06 pm and is filed under television and tagged with television. You can follow any responses to this entry through the RSS 2.0 feed.

3 Responses to “What Did You Think of the 3 New Episodes of Black Mirror?”

Leave a Reply to Blue Meeple