Does the Summer Heat Impact You Differently as an Adult? 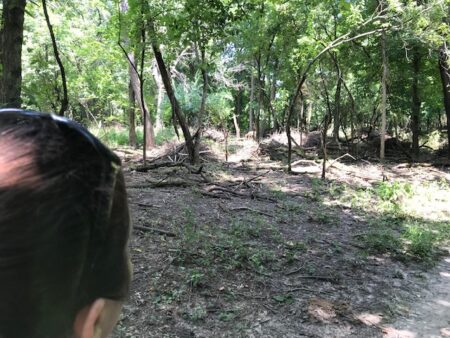 Yesterday I mentioned that I went on a hike at Cliff Cave Park and saw some amazing birds. What I didn’t say is that–as great of a day as it was–it ended with a piercing migraine.

Here’s what happened: We arrived at the park on a bright, sunny day. It was probably around 90 degrees outside.

I was fully hydrated, and I’m in good health. But barely 15 minutes into the hike–which was fully exposed to the sun–I started to feel the onset of a migraine.

This isn’t the first time. I’ve noticed when visiting the beach in recent years that the sun and heat seem to bring on headaches (and/or general exhaustion) at a much faster and more consistent level than when I was young. Again, I’m really focused on staying hydrated, but that’s apparently not enough. Something else is going on.

I should also note that I was wearing sunglasses and sunscreen. I’m not sure if a higher level of protection would have helped, as the heat was oppressive.

My main saving grace is that we eventually found some hiking paths with lots of tree cover. I think that helped to delay the full-force migraine until I got home.

I’d love to figure out this mystery, as I want to be able to enjoy the heat and the outdoors in manageable doses. Have you experienced this? What solutions have you found?

This entry was posted on Tuesday, July 30th, 2019 at 6:54 pm and is filed under Uncategorized. You can follow any responses to this entry through the RSS 2.0 feed.

5 Responses to “Does the Summer Heat Impact You Differently as an Adult?”