Have You Met Your Favorite Bird?

When I was a kid, all of my favorite animals were fast. I wasn’t as enamored by the biggest, the oldest, or the most beautiful. I was drawn towards speed.

That’s why the peregrine falcon instantly became my favorite bird when I learned that it could dive at upwards of 270 miles per hour. That’s blazing fast. And even better, their eyesight is 8x better than a human.

It’s possible that I’ve seen peregrine falcons in the past, but it’s hard for a birding novice like me to know when I’m looking at a falcon from afar. However, this past Sunday there was no doubt: During a hike at Cliff Cave Park outside St. Louis, we found some bird sanctuary volunteers and their feathery friends. My breath caught a little when I realized that one of them was the one and only peregrine falcon: 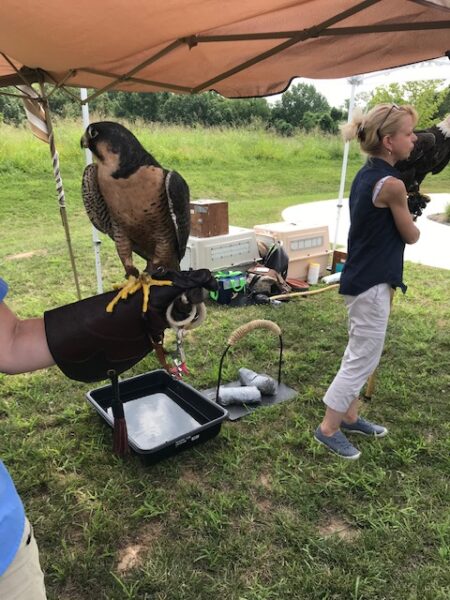 His name was Solo, and he was in the sanctuary due to some issues with his beak. That didn’t stop him from being magnificent, though. His belly and legs were strong and streamlined, and his claws looked very powerful. He was always looking around, spotting things in the distance.

At one point he ruffled his feathers, and we learned that meant he was content. So I was content too.

I typically don’t fanboy and ask to be in photos, but this was too special of an opportunity to pass up. So Megan took this photo of me (guests weren’t allowed to stand right next to the birds, even though they are used to humans at this point). 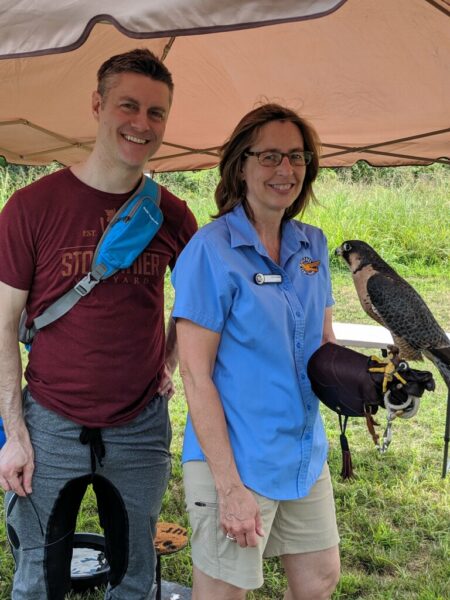 There were some other amazing birds there too, including an American Kestrel, a Bald Eagle, and an Eastern Screech Owl (I think). Biddy and Walter were a little confused about why I didn’t bring home any bird friends, but after seeing the talons on those birds, I think it’s best to keep them separate from my cats. 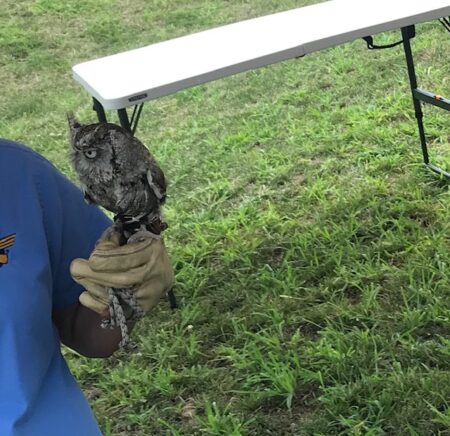 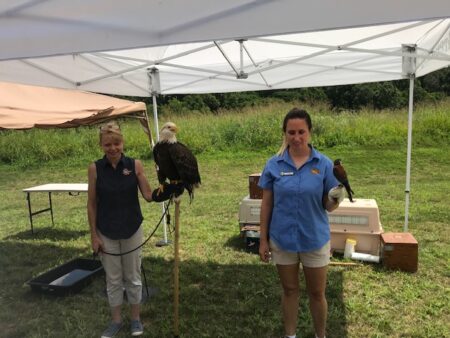 Have you had the good fortune to meet your favorite bird (or any animal)?

This entry was posted on Monday, July 29th, 2019 at 5:54 pm and is filed under personal and tagged with personal. You can follow any responses to this entry through the RSS 2.0 feed.

One Response to “Have You Met Your Favorite Bird?”