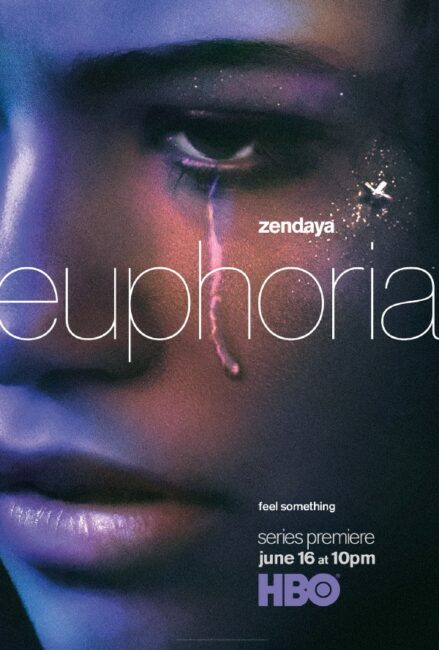 Euphoria has some of the best cinematography I’ve ever seen in a television show.

I’d heard about this new HBO show, but from what little I knew, I just wasn’t interested in watching teenagers get high for hour-long episodes. Also, I make a game called Euphoria (which is entirely irrelevant, as they two aren’t related or confused at all).

I was blown away by how good it is. The acting, the direction, the cinematography, the writing, the lighting…. Even, oddly enough, the makeup, which is something I normally don’t care about at all (like, ever). But it’s so weird and intentional in this show that it adds to the overall vibe.

Each episode focuses on a different character, though it’s centered around a girl named Rue who is struggling with drug addiction and love. The drug addiction portion is hard to watch and sometimes even not all that interesting to watch (that’s just personal preference–it’s just not entertaining for me to watch long, lingering shots of someone getting high).

But everything else, as raw as it is, is spectacular. The characters are so well written. They’re real and weird and unique. I don’t know if real high schoolers are having that much sex these days, though–I’m not aware of that being the case at my high school, but that was 20 years ago.

The characters would be the top highlight were it not for the cinematography, which has stolen the show in nearly every episode. There are too many examples to name, but there are several long shots and perfectly framed visuals in the carnival episode, a scene where a camera rotates around a bed (even under it), and a final shot of an episode where the camera raises from a bed up over the house (no ceiling). There’s a level of bravado to the cinematography that I absolutely love.

If you have HBO and this sounds interesting to you, I highly recommend checking out Euphoria. I’m 5 episodes in, and I can’t wait to watch the rest of the season. And if you’ve already seen it, without spoilers, what do you think?

This entry was posted on Thursday, July 18th, 2019 at 7:32 pm and is filed under television and tagged with television. You can follow any responses to this entry through the RSS 2.0 feed.

One Response to “Have You Seen the HBO Show “Euphoria”?”