Have You Watched “AlphaGo”? 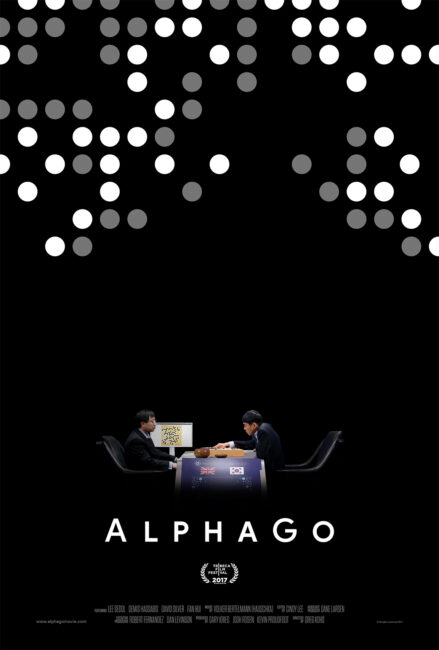 I’m not sure how I heard about this documentary; I’m guessing someone recommended it to me and I stuck it on my Netflix list. I’m glad I did, because I recently watched it, and it was utterly fascinating.

The core concept shown in the movie is how a company called DeepMind created an AI for the ancient board game Go. Most of the documentary follows an event where the AI–called “AlphaGo”–is pitted against one of the world’s best Go players, Lee Sedol.

For such a simple movie, it’s riveting to watch the drama unfold. In case you want to watch it, I won’t spoil any plot points here. However, there was one revelation that I wanted to share here.

Throughout the competition, AlphaGo makes some odd moves. Moves that professional Go players would consider bad moves. But, as it turns out, the moves cascade into non-traditional strategies that result in a significantly higher probability of victory than more standard moves.

The reason, as the developers determined, is that AlphaGo doesn’t have an ego. Specifically, it doesn’t care about the margin of victory. Go is a game about acquiring the most points, but just like in most games and sports, it doesn’t matter if you win by 1 point or 20 points–a win is a win. The margin of victory doesn’t matter as long as you win.

It’s human nature to pursue bigger victories. While part of this is ego, part of it is also strategic–if you have the chance to score a goal in soccer, you’re going to do it, because it’s easier to hold on to a 2-0 lead than a 1-0 lead.

But that isn’t always the case. In fact, in many cases, trying to increase a margin of victory can actually decrease the probability that you’ll win. If your goal is to win, the priority is to have more points than other players, not significantly more.

Of course, AlphaGo is able to look 40 or so turns into the future for each possible move it makes, a calculation that isn’t feasible for human players. But I still found it fascinating that it revealed an element of human nature that feels somewhat counterintuitive.

I play games for many reasons, but I do enjoy winning (especially if everyone still has a good time). So I’m going to try to keep this in mind in the future, especially in 2-player games (it seems much more difficult to try to constantly evaluate the possible scores of several other players, especially without slowing down the game).

Have you watched AlphaGo? What was your biggest takeaway from it? Also, coincidentally, the NY Times just recently featured this article about an AI system that can read human bluffs in poker.

This entry was posted on Sunday, July 14th, 2019 at 8:09 pm and is filed under movies and tagged with movies. You can follow any responses to this entry through the RSS 2.0 feed.

5 Responses to “Have You Watched “AlphaGo”?”