I’m Slytherin, and I’m Proud of It 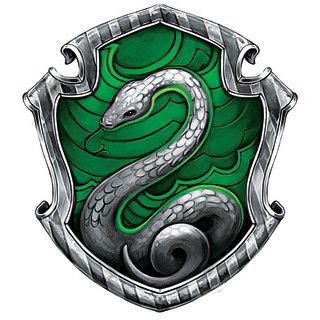 Years ago I took the Harry Potter sorting hat quiz, and I turned out to be a Hufflepuff. That result didn’t feel right to me at the time, and my doubt was solidified after I learned that the defining trait of Hufflepuffs is loyalty. I’m a loyal friend, but not loyal to a fault, nor is loyalty my defining characteristic.

The truth is, though, that I took a more detailed sorting hat quiz a while ago that revealed I’m a Slytherin. I wasn’t happy about that result either, even though I think I knew deep down inside that it was accurate.

Here’s the reason I’ve come to terms with: Slytherins aren’t inherently evil. They’re often portrayed as the villains in Harry Potter, but my understanding is that the defining trait of a Slythern is that they’re ambitious. Sometimes that leads to evil acts, but it can also lead to a positive, lasting impact on the world.

Out of the four main characteristics (loyal, ambitious, courageous, and clever), I think ambition is the best match for me. I have an inherent drive to improve, to create content of value, and to make a positive impact.

Slytherins are also cunning and resourceful, traits that I think are useful in the business world. I do see my inner Hufflepuff bleeding over, as I try to be compassionate and empathetic in the way I run my business. Also, “cunning” isn’t something that translates well to romantic relationships–it’s led to some comedic moments between me and my girlfriend when she’s called me out on Slythering her. I have to watch out for that!

Which Harry Potter house do you identify with, and how do their primary characteristics resonate with you (for better and for worse)?

This entry was posted on Tuesday, July 23rd, 2019 at 7:31 pm and is filed under personal. You can follow any responses to this entry through the RSS 2.0 feed.

2 Responses to “I’m Slytherin, and I’m Proud of It”

Leave a Reply to Baker Mitchell