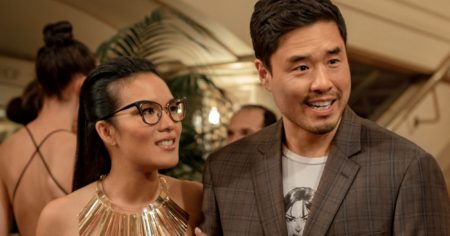 There’s a movie trope that’s been around for a while, but it just recently occurred to me while watching Always Be My Maybe. (SPOILER WARNING)

In the movie, there’s a pretty big income disparity between Ali Wong’s character and Randall Park’s character. But things start to look up for Park after he takes over the responsibility of selling merchandise for his local band, as the t-shirts and tennis balls start to sell out as soon as he adds them to the inventory.

Near the end of the film, however, he visits Wong’s office and finds it stuffed with the merchandise. It’s she who has been buying everything (somehow he didn’t notice that he was shipping hundreds of orders to the same address).

We’re supposed to perceive this as a romantic gesture of care and support. And sure, on some level, that’s true. But at the same time, is Wong really helping Park by buying a bunch of stuff that wouldn’t otherwise sell, blindly encouraging him to make more of that stuff? It’s a vicious cycle.

I think there are many ways to show someone you love and support them. In my opinion, though, I wonder if this can have the opposite effect. You’re simulating success instead of stimulating success.

I know this has happened in other movies, but for the life of me I can’t think of any other examples, so help me out. What other movies use this trope, and how do you feel about it?

This entry was posted on Monday, July 1st, 2019 at 7:58 pm and is filed under movies and tagged with movies. You can follow any responses to this entry through the RSS 2.0 feed.

3 Responses to “Movie Trope: Secretly Buying All the Things”