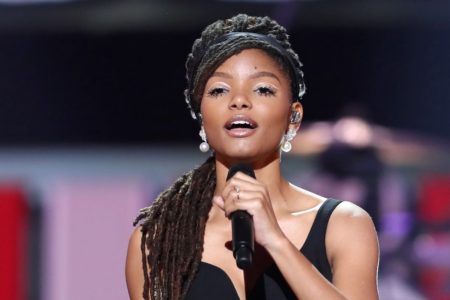 Disney is planning a live-action remake of the animated classic film, The Little Mermaid, and they recently announced the actress for the leading role: singer Halle Bailey.

I’m not familiar with Bailey’s music, but from the articles I’ve read about her, she seems talented, vibrant, and beautiful. However, I have one major concern in relation to her being cast as Ariel.

I’m sure you’re thinking the same thing: Ariel is a mermaid, and Halle Bailey is human.

I know, it should be enough that Bailey “possesses that rare combination of spirit, heart, youth, innocence, and substance — plus a glorious singing voice,” as director Rob Marshall has said. But out of all the actresses in Hollywood, couldn’t Disney have selected a mermaid for that classic Ariel look?

It’s just that there aren’t enough mermaid roles for human actors and actresses to take them away. Yes, there was Splash, Pirates of the Caribbean, and The Shape of Water. But that’s a drop in the bucket compared to all of the roles requiring two functional legs.

This isn’t Bailey’s fault–she was offered a role of a lifetime, and she’ll light up the screen. I just feel bad for the hardworking mermaids and mermen who are barely scraping by in Hollywood, many of them taking second and third jobs at Seaworld and Starbucks just to make ends meet. This role could have made a huge difference for the merfolk community.

But I applaud Disney for making a casting decision based on who they think will best breathe life into the role of Ariel instead of fixating on more superficial qualities like tails versus legs. I respect that, and I look forward to seeing the movie (after The Lion King, which definitely features real animals who know how to speak and sing in fluent English).

This entry was posted on Thursday, July 4th, 2019 at 7:36 pm and is filed under movies and tagged with movies. You can follow any responses to this entry through the RSS 2.0 feed.