Would You Work in an Office 30 Meters Underground?

Kansas City has a massive cave system under the metropolitan area that houses businesses, storage facilities, server farms, and even a climbing gym.

I had absolutely no idea this type of place existed until a recent trip to KC with my girlfriend. I don’t actually know exactly how deep the caves are, but there are certain entry points where trucks can drive into them. When we entered, it was a short elevator ride directly down into the cave.

Oddly enough, it didn’t feel like a cave when we were down there. While there were exposed cave walls and rocks, it mostly just looked like a business complex. It was cool, dry, and quiet.

We were there to climb in an indoor climbing gym (ROKC). I was super excited about this, as it seemed like an awesome place to climb. It’s really just a normal bouldering gym, but some of the walls (the structural walls, not the climbing walls) were the stone cave walls.

The caves have lasted thousands of years, so earthquakes aren’t a major concern. Fire was apparently an issue a while ago, but there’s a modern fire prevention system installed now. There’s a way to boost your cell phone so you get reception down there, and there’s ample covered parking for the people who work in the caves.

I can still see how some people would be bothered by the idea, though. What do you think? Would you work in an office built into a cave system? 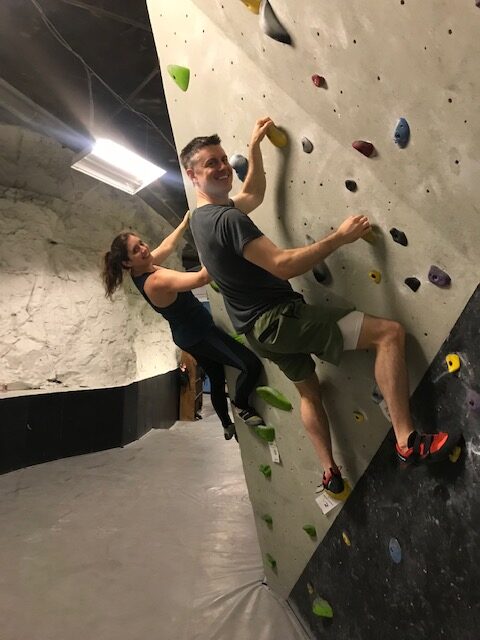 This entry was posted on Monday, July 22nd, 2019 at 7:14 pm and is filed under Uncategorized. You can follow any responses to this entry through the RSS 2.0 feed.

One Response to “Would You Work in an Office 30 Meters Underground?”