What Happened to Biddy?

Nearly 2 weeks ago after what I thought was a “normal” throw-up, I came home to find Biddy sitting in a corner soaked in his own urine (and some blood). I dropped everything and rushed him to the veterinarian. 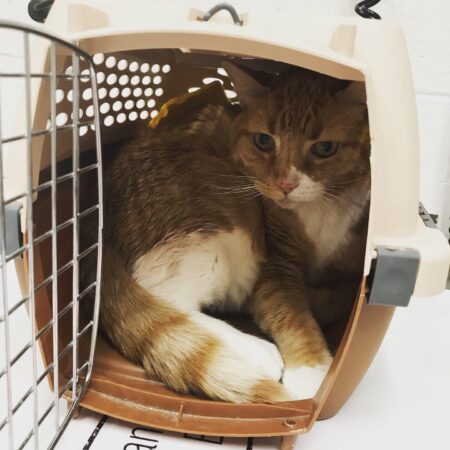 The vet founds that Biddy’s bladder was nearly bursting. A quick ultrasound didn’t show any obvious blockages (like the crystals Walter had), but his bladder was so bad that she stuck a needle into his bladder and started withdrawing as much urine as she could. It was red with blood.

She called a clinic with better equipment, and I drove Biddy over there right away. They also couldn’t find the blockage, but their tests revealed all sorts of issues due to Biddy’s inability to pee, so they inserted a catheter and started clearing out his urinary tract.

The doctor removed the catheter after a day, hoping that Biddy would start to pee on his own. But Biddy wasn’t able to eek out more than a few drops. The doctor said they could try again, and the next steps would be to either perform surgery or (if surgery wasn’t likely to fix the issue) put him to sleep.

I couldn’t believe my ears when I heard that. I had to ask him to go back and clarify, “To sleep…permanently?” The doctor confirmed that possibility. When I got off the phone, I burst into tears. I don’t typically cry at sad things, but it was too much. Biddy is 12 years old, and he’s been with me his entire life. I know he won’t live together, but I thought we at least had a few more years together.

The doctor put the catheter back in, and I went to visit Biddy at the clinic. I talked to him about what he was missing at home and the things Megan and I were doing, and I begged him to start peeing again. He was calm and quite and nervous. 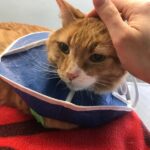 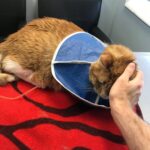 The catheter came out the next day, and Biddy still wasn’t able to pee. So during the game night I host on Wednesdays, I was conspicuously absent as I picked up Biddy and took him to a surgical clinic. To complicate matters, I was flying out of St. Louis for a wedding the next day, but it was probably for the best that he would have some time to recover under supervision.

I got the call on Friday that the surgery–which removed part of his penis to widen his urethra and make it easier to pee–was successful. Within a day he was eating normally, and all of his vital signs were good.

I picked Biddy up on Monday, and he’s adjusting to a few weeks wearing a cone of shame. He’s shaved in all sorts of odd places: under his neck, his front legs, his belly, and his butt. 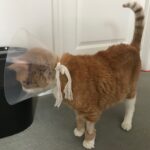 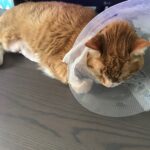 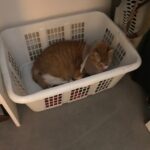 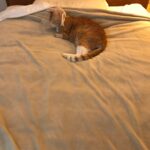 He was actually a bit of a mess, so I took off the cone today to let him groom. He was pretty good about it, though at one point he sneaked away to try to lick the parts he’s not allowed to touch until the stitches are removed next week. Mostly he’s just exhausted. 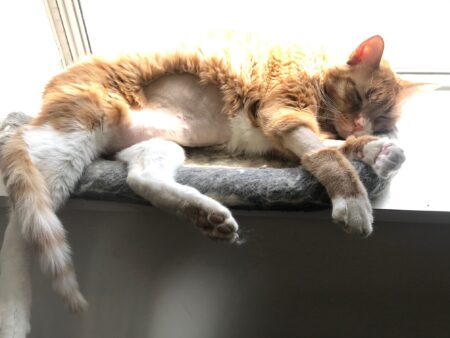 I feel really lucky that everything turned out okay. This type of blockage–which the doctors never fully identified the source of–is highly unusual in older cats, and Biddy’s diabetes probably didn’t help matters. I’m glad that there were so many vets able to offer Biddy the care he needed. And I’m really fortunate that I have pet insurance–I don’t know how much they’ll cover, but this was a very expensive week, so even if it’s partial coverage, it’ll make a big difference.

It’s meant a lot to me for people to express their concern for Biddy on my YouTube channel and Instagram. I hope your pets never have to go through this, but just in case, give them a hug and some scratchies. They’re worth it. 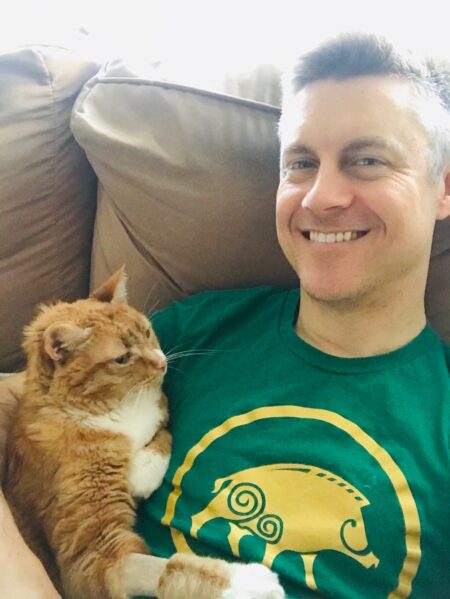 This entry was posted on Tuesday, August 27th, 2019 at 7:38 pm and is filed under personal and tagged with cats. You can follow any responses to this entry through the RSS 2.0 feed.

8 Responses to “What Happened to Biddy?”