What Was the Last Comedian You Saw Live? 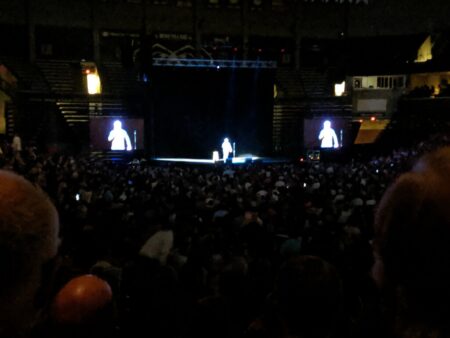 On Thursday, I drove to Springfield with my girlfriend to watch Jim Gaffigan perform live at Missouri State University.

I wouldn’t say this is a normal activity for me. I enjoy stand-up comedy, but it’s readily available on Netflix and Amazon Prime. But I’m really glad I went, because I had kind of forgotten how good it feels to laugh in the same room with a lot of other people.

That was certainly the case on Thursday. I had no idea Jim Gaffigan was so popular, to the point that I was worried that enough people would show up in the middle of Missouri to see him. When I bought the tickets, I selected “best available seats,” and I got a seat in row 12. I figured it would be me and a few dozen other people.

Nope! Big time mistake. There was a huge line outside of the theater (which was actually a basketball stadium), and while it wasn’t quite sold out, there were at least 6,000 people there. And my row 12 seats weren’t on the floor near the stage–they were in section A, way in the back.

Gaffigan put on a great show. He did a bit specifically about Springfield, and a lot of the jokes seemed carefully selected for that audience. I was laughing constantly, and a few jokes brought me to tears (Megan too).

We later learned that he’s one of the most successful comedians in the US, which makes his “everyman” persona even more impressive. He’s worked hard, and he does 300 shows a year–well done, Jim!

What’s the last comedian you saw in person? Do you enjoy the live experience? Who would you like to see? 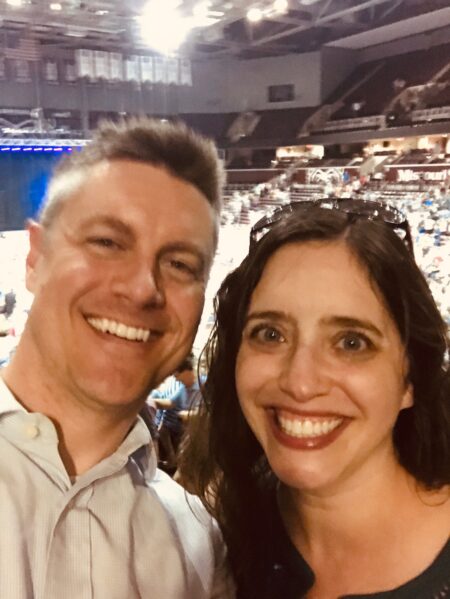 This entry was posted on Monday, August 19th, 2019 at 6:18 pm and is filed under humor and tagged with humor. You can follow any responses to this entry through the RSS 2.0 feed.

10 Responses to “What Was the Last Comedian You Saw Live?”