Have You Ever Tried Yoga? 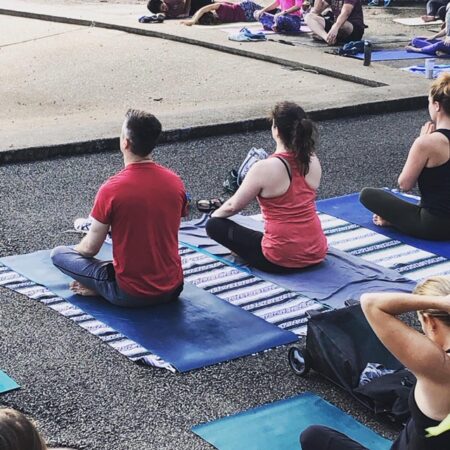 I almost feel like this is the same as asking, “Hey, have you ever tried swimming?” While I’m guessing the number of people who participate in yoga on a regular basis is pretty small, most people have probably experienced it once.

But not me. I had the perception that yoga was mostly about stretching and balancing, two elements of fitness I haven’t actively focused on.

A few weeks ago, I learned about a yoga class at a local park. Well, technically, Megan learned about it from my friends Trevor and Laura, and I thought I might join in. It seemed like a low-stakes chance to learn about something foreign to me that Megan enjoyed.

Before I describe what happened at the yoga session, I should clarify (for any of you who also don’t know much about yoga) that there are lots of different types of yoga. This is just one example.

I was surprised in almost every way by what the hour of yoga entailed. First was the meditative warmup, which was a really nice way to relax and clear my mind. Then it quickly ramped up into one of the most intense core, leg, and arm workouts I’ve ever experienced.

As expected, the hardest parts for me were the many elements of balance. I hadn’t thought of balance as a core workout before, though, and now I know better. It was almost a relief to take a “break” and just do some one-legged pushups (though my arms and shoulders were getting increasingly tired too).

And then at the end, we simply relaxed again. That’s when Trevor took these photos.

I really liked it. It’s not even all that different from my regular workout routine, just longer and with the meditation element. I look forward to trying it again.

Have you ever tried yoga? What kind? Did it surprise you the first time? 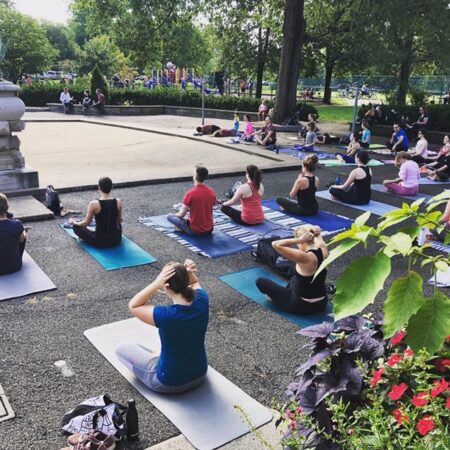 This entry was posted on Tuesday, September 3rd, 2019 at 8:45 pm and is filed under Uncategorized. You can follow any responses to this entry through the RSS 2.0 feed.

3 Responses to “Have You Ever Tried Yoga?”