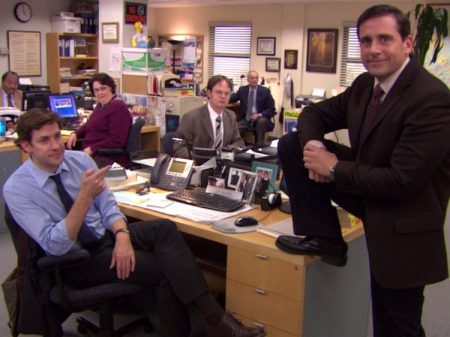 A few nights ago, I had an interesting discussion with some friends about their office environments. Fortunately, most of us are happy with our offices, either because we work at home or we have our own offices. One of the stay-at-home friends had an odd situation involving a headset, but for the most part it sounded fine.

Then there was the friend who works in an open office. This is where things went downhill.

One of the core ideas of an open office is that they “encourage collaboration.” But I think it’s hard not to suspect that the company is just trying to fit more people into the same space. In reality, for anyone who needs to really focus on their work (which, unsurprisingly, is most people), they end up wearing headphones, which discourage collaboration.

This particular friend’s open office doesn’t even have cubicles. The dividers between desks are only about a foot higher than the desk.

In my career, I’ve had 3 different office situations. I started in a cubicle in the first and eventually moved up to a 2-door corner office. At my next job, I had a little office tucked away in the building (which I rather liked). And now I work from home.

I don’t necessarily think any of those is inherently better than the others. The part that concerns me when I hear people talk about subpar office environments is that it’s clear their “leaders” didn’t ask employees which setup they preferred. That seems so silly to me. Isn’t it a win-win for the company and the employee if the employee selects an environment that works best for them? Or they’re at least part of the process?

Are you happy with your office layout/environment? What do you like/dislike about it? Did you have any influence on it?

This entry was posted on Tuesday, September 24th, 2019 at 7:54 pm and is filed under Uncategorized. You can follow any responses to this entry through the RSS 2.0 feed.