Do You Prefer the Theatrical or Extended Versions of the Lord of the Rings Movies? 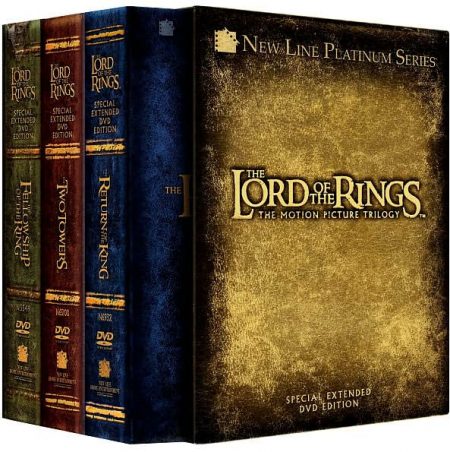 Over the years, I’ve watched the Lord of the Rings movies a number of times (especially Fellowship, my favorite). However, they always seemed long enough for my taste, so I never watched the extended versions.

That changed last week. Megan and I watched the three movies over a span of 6 days. We weren’t able to rent the extended version of Return of the King, but the first two were extended, and I’m very glad I was finally able to experience them.

Quick note: I really enjoyed watching the movies back to back as we did, as it gave me a greater appreciation for how they each both stand alone and stitch together into one epic film. It’s an impressive feat of writing and filmmaking.

As for standard versus extended, I think my preference is now the extended versions, though my reasons may be different than yours. The additional content itself is fine. In my opinion, the content itself isn’t crucially important.

Rather, the movies simply feel less rushed with the additional content. That feels weird to say about movies that are already quite long, but this is an epic tale spanning quite a bit of time (months? Years?), and the extra content contributes to that epic scope and feel.

Secondarily, the extra content allows for us to see earlier glimpses of certain characters so they don’t just appear out of nowhere later.

I still think the theatrical versions of the movies are perfectly fine, and I would be happy to watch them again. But for any epic marathon of the films, I would definitely return to the extended versions.

Have you seen both versions? Which do you prefer?

This entry was posted on Sunday, October 20th, 2019 at 7:02 pm and is filed under movies and tagged with movies. You can follow any responses to this entry through the RSS 2.0 feed.

3 Responses to “Do You Prefer the Theatrical or Extended Versions of the Lord of the Rings Movies?”