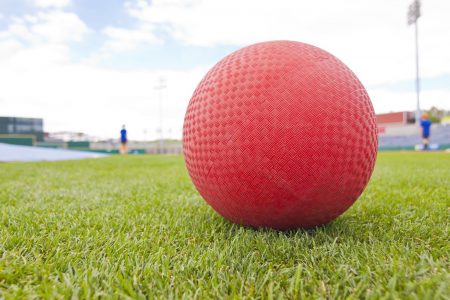 It’s been years since I’ve played a competitive team sport that “mattered” in any capacity. I played soccer for most of my life, along with intramural soccer, frisbee, and football in college. That’s where I discovered pickup sports, which I found to be a much better fit for my personality.

But in my 20s, I was asked to join a kickball team, and I figured I’d give it a try. It might sound odd to say, but after I worked out a few things (it’s not always best to kick the ball hard), I discovered that I was having fun. So I stuck with it for a few years.

The one downside is that the games had “official” referees, which, in my opinion, resulted in a considerably more consternation and arguing than necessary. That’s what happens when you add a referee to a casual sport. I prefer to let players make the calls as is done in ultimate frisbee.

It’s one such referee that scars my memory of kickball, as I attempted something in my final season that would have been awesome had it not been for the ref (and a dumb mistake by me).

In my first at-bat of the game, I did what I always did: I kicked the ball on the ground to the short stop and easily ran it out to first base. I then noticed a few things: One, the shortstop through the ball to first out of habit even though it would be better for him to just hold it. Two, the first baseman didn’t seem to have a great throwing arm.

So on my second at-bat, I decided to try something new: I wanted to see if I could outrun the first baseman’s throw and turn a single into a double.

When I returned to the plate, we had 1 out and a runner on first. I struck the ball as I wanted and quickly reached first base. The throw arrived a second or two later. That’s when I took off for second. Sure enough, I beat the throw, and my teammate was safe at third.

This is when things went south. The referee looked pointed to the infield and yelled, “Out at second!” I was a bit confused, because I wasn’t tagged, nor had the second baseman tagged second base before I got there. But I didn’t want to argue, so I stepped off second base and started to walk off the field.

That’s when the referee clarified her statement by pointing at my teammate on third, who apparently hadn’t touched second base. They were out at second, not me. I was safe. But by this point I was a few feet away from second, and the second baseman tagged me out before I could get back. I was out too, all because the referee led me astray (well, and because I shouldn’t have stepped off second base so soon).

Has a referee ever marred your experience in a competitive sport?

This entry was posted on Tuesday, October 15th, 2019 at 7:27 pm and is filed under sports, Uncategorized. You can follow any responses to this entry through the RSS 2.0 feed.

2 Responses to “The Kickball Story”