Looking for a Good Cry? Try This. 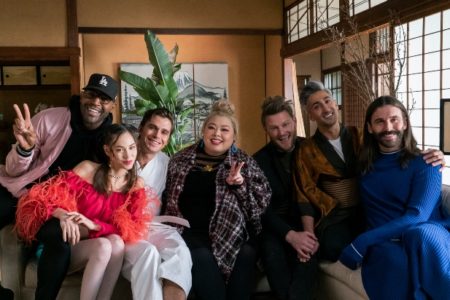 Many years ago, I watched a few episodes of a new show called “Queer Eye for the Straight Guy.” I recall it being more comedic than anything else: 5 fashionable, flamboyant men reacting to (and helping) a stereotypically messy straight guy.

I had no idea until recently that the show–now called just “Queer Eye”–was still on the air (on Netflix). Megan and I were searching for something to watch at lunch on Friday, and we noticed that the latest season as set in Japan, so we decided to give it a try.

40 minutes and a 40 tears later (most by me), I realized that the show is significantly different than when it began. And that’s a good thing.

The format is still similar to what I recall, but the key difference is that the focus is no longer comedy. There were some charming chuckles, but they didn’t come at the expense of the episode’s guest.

Most distinct was just how loving the show is. The “Fab 5” have honed their skills for talking to people about their lives, dreams, and passions, with each of them gently teaching the guest how they can better love themselves.

I walked away from the show with a lot of admiration for what they’re doing. At the same time, I was emotionally drained! It’s the type of show I might watch from time to time if I’m in the mood for the feels, but I think I’ll stick with lighter comedies at lunchtime from now on.

Have you seen the show? Do you have any go-to show when you need a good cry?

This entry was posted on Monday, November 25th, 2019 at 5:56 pm and is filed under television. You can follow any responses to this entry through the RSS 2.0 feed.

5 Responses to “Looking for a Good Cry? Try This.”