The Best Food We Ate in New Zealand

A huge part of the travel experience for me is trying new food, especially local- and region-specific food. So as Megan and I prepared for New Zealand–and throughout the trip–we tried to gather as many recommendations as possible to try along our journey (both from locals, Google Maps, and TripAdvisor). We were also lucky to find that nearly every place we visited put care and attention into their food, from the few fancy restaurants where we dined to roadside diners.

In no particular order, here are our favorite meals/foods (based on taste, and that I actually took a photo of!): 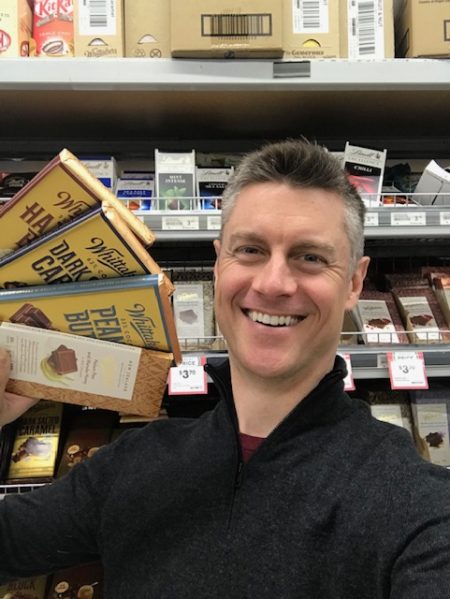 We’ll start off with Whittaker’s chocolate, which was our constant companion on the road. I love going into grocery stories in other countries, and it was at Countdown that we found an endless array of Whittaker’s to try. Perhaps you can’t tell from the photos, but those foil-wrapped bars are massive, and they’re delicious. I think my favorites are the hazelnut and the coffee bars, and Megan likes the peanut butter and dark chocolate caramel bars, but I still have more to try. 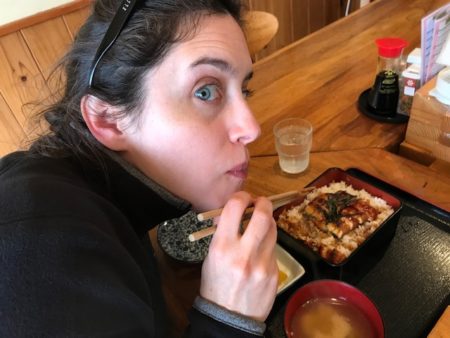 There seemed to be a fairly large Asian and East-Asian population in New Zealand, so we didn’t hesitate when Google recommended a Japanese restaurant called Yamato near Rotorua. It turned out to have the best sushi rice I’ve eaten since studying abroad in Japan. It doesn’t really matter what you order–just make sure it has rice. 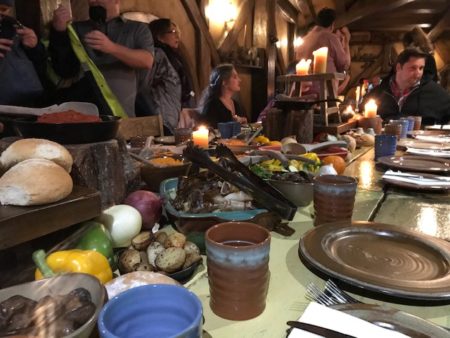 This is my one cheat on the list: The feast at Hobbiton in the the Green Dragon Inn. The food was solid and sometimes delicious, but the atmosphere and visual display elevated it to one of my most memorable meals ever. 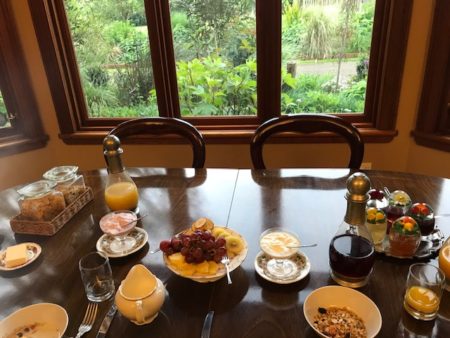 Our breakfasts ranged from simple and quick to hearty and long, and this meal at Lake Karapiro Lodge (near Hobbiton) was the biggest and perhaps the most delicious. It was where we really fell for honey (which was everywhere in NZ) and muesli (like granola, but with more fruit). Also, golden kiwifruit is amazing! 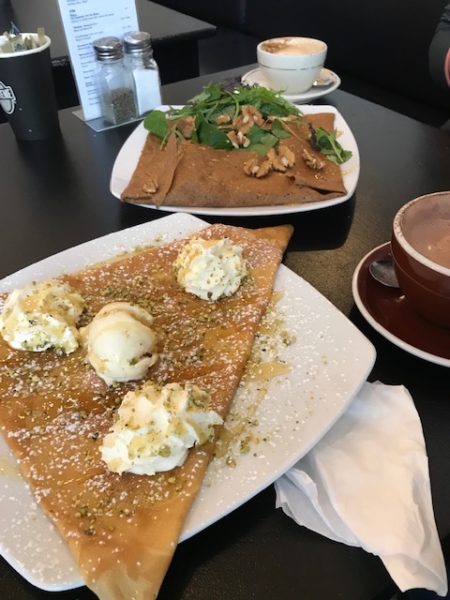 One of our other favorite breakfasts was on a Sunday in Wellington when almost nothing was open…except Cafe Breton, a French bakery. We got a savory crepe (goat cheese, arugula, walnuts, and honey) and a sweet crepe (honey, pistachio, and hokey pokey ice cream), and they complemented each other perfectly. 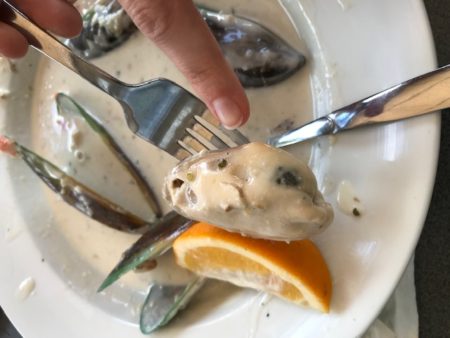 When we arrived in Picton on the South Island, we were quite hungry, so we tried one of the portside restaurants, Seabreeze. Not only was their seafood chowder delicious, but they served the biggest mussels (Queen Charlotte green-lipped mussels) I’ve ever seen in my life. They’re the size of a large orange slice, as the photo shows. The the light curry sauce they were in was also delicious. 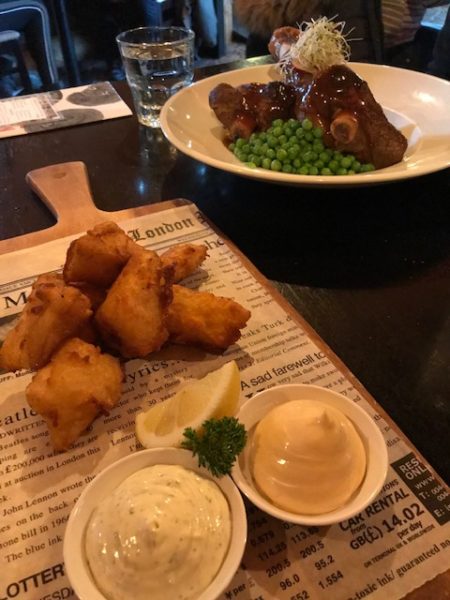 There are a lot of sheep in New Zealand, so we wanted to eat lamb at least once. It was at the Rainforest Retreat in Franz Josef that Megan ordered those big legs of lamb you see in the background, and I may have eaten as much as her, because they were so good! 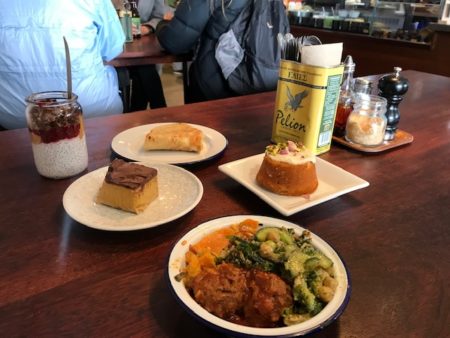 There’s a restaurant in Wanaka (and elsewhere) called Big Fig that I wish we had in the US. You choose a small, medium, or large plate, and then you fill it with meat and vegetable options. Here I have spicy meatballs, sweet potato, avocado/pesto, and quinoa. I liked that I could eat exactly as much as I wanted, and everything felt fresh and clean. 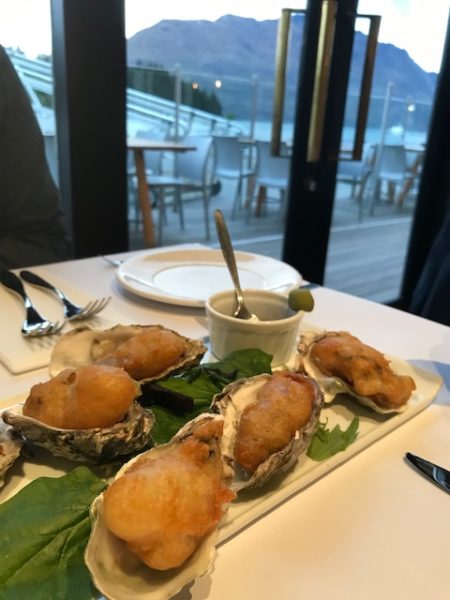 The nicest meal we ate was in Queenstown on the bay, at Fishtail, and the highlight of the meal–other than Megan’s kiwi cocktail–were the beer-battered oysters. I don’t usually put fried food on “best-of” lists, but these really were great. 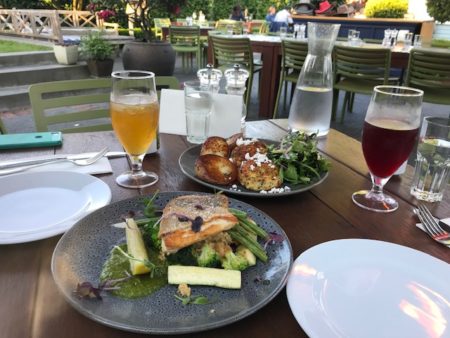 Last we have a nearly perfect meal at Dux Dine, a pescatarian restaurant near the botanical gardens in Christchurch. The pumpkin arancini balls were great as a starter, and the two mains–courgette fritters and line-caught groper where fantastic (especially the chickpea and pesto combined with crispy fish skin). The dining options there (inside, patio, and outside) were also really nice.

I also recommend trying some meat pies and fish and chips while you’re in New Zealand–they’re hit and miss, but when they hit, they’re great. We also ate whitebait (local fish) and drank a few L&P sodas. Megan’s favorite coffee was at Mackenzie’s coffee in Queenstown, though the Chateau in Tongariro came close. And we also had a variety of delicious desserts, ranging from ice cream at Scoop in Picton to a variety of dishes at Strawberry Fare in Christchurch.

If you’ve been to New Zealand, what was one of your favorite meals?

This entry was posted on Tuesday, November 5th, 2019 at 9:07 pm and is filed under food, restaurants, travel and tagged with travel. You can follow any responses to this entry through the RSS 2.0 feed.

2 Responses to “The Best Food We Ate in New Zealand”