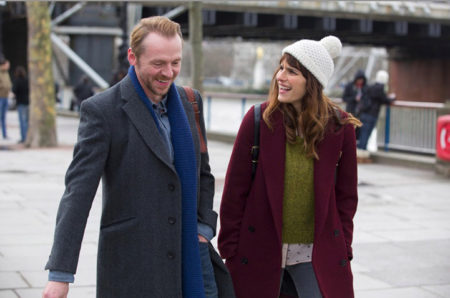 Last night we watch a British romantic comedy on Netflix called “Man Up” (an odd title that has nearly nothing to do with the plot of the film). The premise is that two people try to meet on a blind date, but due to a mixup, a different girl meets the guy, and they end up going on a date instead.

What would you do in that situation, in either position? Obviously in rom-com world, the girl doesn’t tell the guy that she’s not the original blind date, and when she tries to tell the guy, he interrupts with a different confession. In real life it would seem that both parties would figure out the truth almost immediately…but then if it’s just the two of you, do you simply part ways, or do you go on a date anyway if the other person seems fun, attractive, and nice?

It’s been a long time since I’ve gone on a blind date. I’m pretty sure I went on one where I didn’t know what the woman looked like in advance–a friend set us up. I’m trying to think what I would have done if I was 10 minutes into a conversation with the wrong person. I’m sure I would get a clarification from them, but then what? Take a break to text the real date, somehow explain the error with emojis, reschedule, then continue with the current date if I’m enjoying it? That’s my inclination.

It’s such an odd situation, but I like rom com hypotheticals. What would you do?

This entry was posted on Tuesday, November 12th, 2019 at 5:45 pm and is filed under movies and tagged with movies. You can follow any responses to this entry through the RSS 2.0 feed.