We watched a few movies this weekend, one new rom com on Netflix (Mr. Right) and one old medieval movie (A Knights Tale). Here are my thoughts:

This is a dark romantic comedy about a dancing hitman and a charming woman (job unknown). It got a little too violent at times for my taste and a completely unnecessary sublot involving another hitman, but there’s plenty of playful banter between the two leads. I liked that.

Most of all, though, I liked that the hitman–Sam Rockwell–is 100% honest with the woman the entire time. In most romantic comedies, one character spends most of the movie lying to the other character, and much of the tension is derived from that premise. Not so in Mr. Right, and it’s quite refreshing. 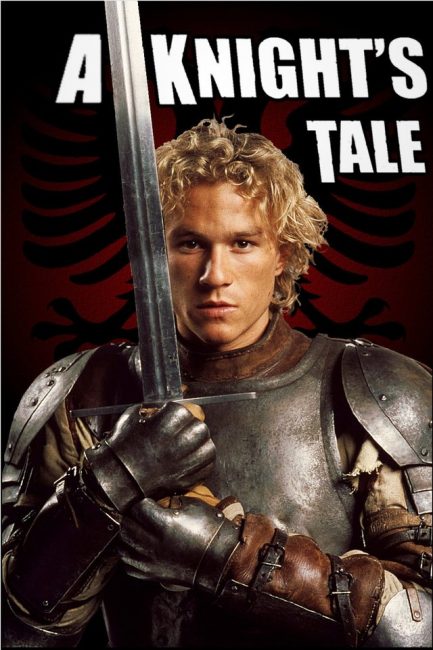 I don’t know why I didn’t watch this when it was in theaters many years ago, as it’s right up my alley. I love medieval-themed fiction, and I have fun with movies that mix new music with old settings.

The jousting in the movie is absolutely incredible, especially given when the movie was made. Most of the action is based on the jousting, so I’m glad they found such a cinematically satisfying way to show it. Overall, I like the balance between action and comedy in the movie, and it only veers off track when it tries to be a little too serious (it’s like they sprinkled in a dose of Gladiator when the movie didn’t benefit from it).

However, I do have one big gripe (half in jest, half serious): Very early in the movie, Heath Ledger’s character decides that he wants a specific lady because she’s pretty and has interesting hair, and he never veers from that decision despite not knowing anything else about her until she almost gets him killed on a whim…and then he doubles down on that decision.

Meanwhile, he meets a vastly more interesting woman (a blacksmith) whom he never considers as a love interest at all. Now, in a way that’s good–it means that women in this movie are more than just objects for the knight to pursue. At the same time, though, I thought the lady blacksmith was much more fleshed out and compelling–more than just a pretty face, basically.

But that’s just my opinion. What did you think about these movies?

This entry was posted on Tuesday, February 25th, 2020 at 6:49 pm and is filed under movies and tagged with movies. You can follow any responses to this entry through the RSS 2.0 feed.