Which Fictional Magic System Would You Most Like to Be Real (If Any)?

After recently completing the amazing conclusion to the 5-book Lightbringer series, I posed a question to Megan: If any fictional magic system suddenly became real, which would you choose?

I’ll rank a few of my favorite magic systems below, with #1 being the version I’d most like to exist. Before I do, one quick observation: Almost all of these systems rely on hereditary magic; that is, you’re either born with it or you’re out of luck. I think I prefer merit-based magic systems–they’re a bit less elitist. 🙂

10. Lord of the Rings: I’m sure an uber-fan will correct me on this, but it seems like most of the magic in Lord of the Rings is controlled by wizards (of whom there are only a few in the entire world) and magical objects. I’m not sure that would go over all that well in the real world.

9. Game of Thrones: What I know about Game of Thrones magic is entirely from the TV series. It seems a little all over the place–lots of different magic systems tied to religion. I think that could be pretty dangerous in reality.

8. Stormlight: I love Brandon Sanderson’s descriptions of magic systems. That’s mostly why this system is on the list, because it’s been a while since the last Stormlight book, and I can’t remember all that much about it. I just know it’s robust enough to function in some version of reality.

7. Mathilda: When I read Roald Dahl’s classic tale as a kid, I was convinced that if I tried hard enough, I could move objects with my mind too. I like the simplicity of this system, and because it’s so specifically relegated to telekinesis, I think it could work pretty well in the real world.

6. Mistborn: In this world, some people are able to swallow small fragments of metal and use them to turn their bodies into giant magnets (oversimplified explanation). I like magic systems that involve the consumption of something, as it creates an interesting limitation and economy around the consumable. 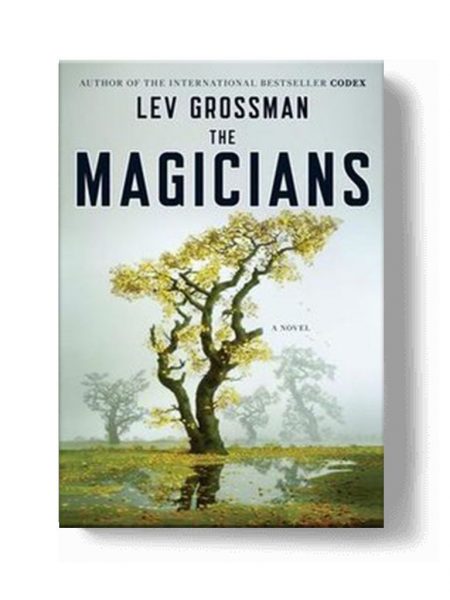 5. Lightbringer: In this world, some people are able to draft “luxin,” which is a physical manifestation of a specific color (or multiple colors), with each color serving a specific purpose. Brent Weeks describes the system really well in the books, and I like that there’s a limit to it–you have a limited amount of luxin you can draft in your lifetime. There’s a dark side to it, though–that part may not work well in the real world.

4. Harry Potter: Okay, honestly, I don’t think the Harry Potter system is all that great on paper. You’re basically saying a Latin word, and if you say it correctly (and if you’re a wizard by nature), cool stuff happens? However, I love the variety of ways this magic system is used and how the wizards of the world could help the muggles without them even realizing it.

3. Star Wars: Nostalgia certainly plays a role here, but I like the idea of a magic system that flows through and connects all living creatures and plants. Perhaps it shouldn’t be so high on the list, given that it’s very driven by good versus evil, while I think the real world is more of a gray area. But I really just want to use the Force.

2. Jade City: This and my #1 pick are so high because anyone can wield magic in these worlds. In Jade City, it requires the person to acquire and wear jade, and you get better at using it the more you practice.

1. The Magicians: I love the Magicians book series largely because the people who use magic in this world are those who have gone out of their way to discover, study, and master it. That’s the kind of magic I’d want to exist in the real world.

A few I didn’t mention because I don’t know/remember much about them are The Witcher, The Name of the Wind, and Doctor Strange.

That’s my list! There are many, many other magic systems not mentioned here, including those featured in books, television, movies, and games. Of all fictional magic systems, which would you most like to exist in the real world and why?

This entry was posted on Monday, February 10th, 2020 at 6:27 pm and is filed under Uncategorized and tagged with books. You can follow any responses to this entry through the RSS 2.0 feed.

5 Responses to “Which Fictional Magic System Would You Most Like to Be Real (If Any)?”