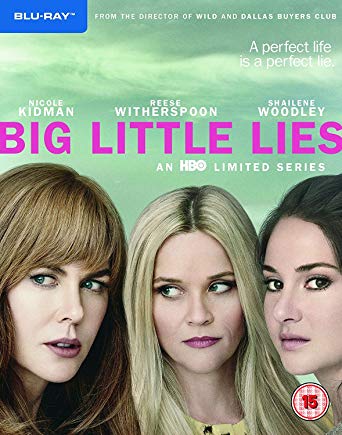 Last week I posted a poll about which television drama I should delve into next, though I had an inkling that we would at least try out each of the shows I listed in the poll.

Megan and I started with an episode of Sharp Objects. While it was interesting to watch, it was incredibly depressing, and I heard from a few people that it actually gets sadder and darker throughout the season. Even in serious dramas, I need a glimmer of hope, something to celebrate, and a touch of humor, so we decided to put that one aside for a bit.

Instead, we turned to Big Little Lies. And we LOVED it! The cast is amazing, the characters are fascinating, the mysteries and tension kept me on the edge of my seat, and there are moment of levity and beauty at the right times.

Without giving away anything, Big Little Lies follows several women (and men, but the focus is on the women) in Monteray Bay, California in the days leading up to a mysterious death at a fundraising event. There are also a series of other mysteries and revelations throughout the 7-episode arc that kept Megan and me talking well after each episode ended.

Oh, and I have to give a quick shoutout to Nicole Kidman. I haven’t seen her act in a while, but she is absolutely incredible in this show. Her range is incredible.

We were told that the second season wasn’t nearly as good as the first, and I can see why…yet I’m so invested in these characters that I’m going to watch it anyway. I don’t think a mediocre second season can ruin the great time I had watching the first.

Have you seen it? What did you think? How early did you guess the central mystery?

This entry was posted on Monday, March 2nd, 2020 at 8:25 pm and is filed under television and tagged with television. You can follow any responses to this entry through the RSS 2.0 feed.

6 Responses to “Have You Watched “Big Little Lies”?”