What Did You Think of “Joker”? 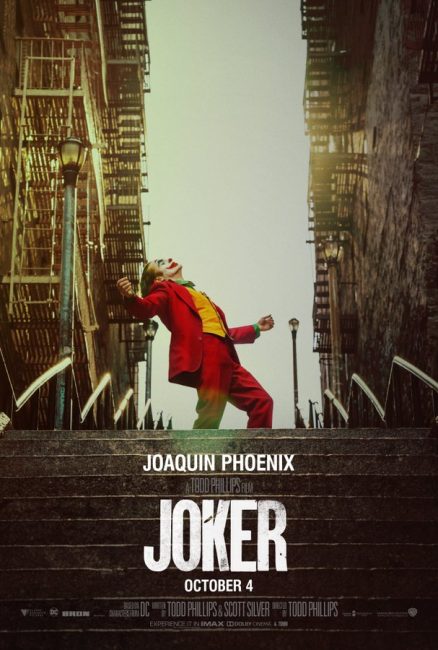 We finally watched Joker over the weekend. Overall, I thought it was a solid movie with some great direction and acting. I’ll share my spoiler-free thoughts below.

Perhaps first and foremost, it was fascinating to watch a supervillain origin story that isn’t at all a superhero movie. It’s just a movie about a sad, crazy man in Gothan City. There are no super powers, no mutations or magic, no hero, no big fight scene. Yet I think it’s aided significantly by the fact that it’s an origin story about a villain we know from the comics and previous movies.

There are two specific elements of the Joker’s character that I thought were particularly clever: One, I like that he has a condition that results in him laughing uncontrollably at inappropriate times. It fits his character perfectly, it seems like a real condition (perhaps it is?), and the audience can relate to it–at some point in all of our lives, we’ve laughed at the wrong time.

Two, I like how the Joker runs. Joaquin Phoenix runs in a peculiar way in the movie, and I’m pretty sure he runs as if he’s wearing clown shoes (even when he’s not). It’s a brilliant little touch.

Last, is this the best rendition of the Joker? For me the big two are Heath Ledger and Joaquin Phoenix (though for his time, Jack Nicholson does a great job as well). I think Phoenix gives Ledger a run for his money–he is fascinating to watch, and I never doubted for a second that he’s the Joker. But there’s something special about Ledger’s performance in The Dark Knight, and I don’t know if it can ever be topped.

What do you think? What was your favorite aspect of Joker, and which actor has done the best job portraying him?

This entry was posted on Monday, March 30th, 2020 at 7:15 pm and is filed under movies and tagged with movies. You can follow any responses to this entry through the RSS 2.0 feed.

4 Responses to “What Did You Think of “Joker”?”