One of my favorite holidays is April Fools Day, but ever since I started running a board game company, I’ve avoided playing any pranks because I don’t want to confuse our customers.

I finally found a loophole, though: Instead of joking about a fake product, we needed to make a real product that pokes fun at ourselves.

We discussed a bunch of ideas, and we settled on two of them. I’m not sure if readers of this blog follow my company, so I’ll provide extra context. To be clear, these are 100% real products that are available in our webstore now.

The first is a set of chocolate-colored candy egg trays. We publish a game called Wingspan that features clear plastic trays and solid plastic eggs that look a little like Cadbury eggs, and I’ve seen multiple people place both types of eggs on their table in the trays while playing. While I don’t think people eating plastic eggs by accident is an actual problem, we’ve decided to solve it by creating these trays: 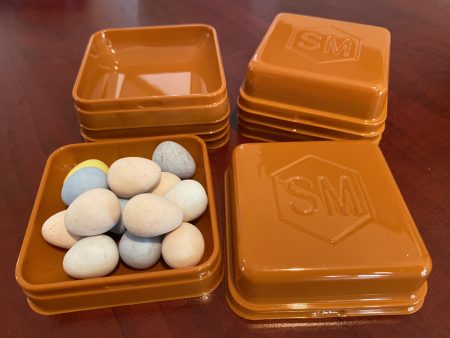 The second is a response to some feedback we’ve gotten about the text/icon size in some of our games. As a way of poking fun at ourselves, we’re presenting a solution for this problem: Instead of using larger text and icons (which I actually am much more aware of now and will do in the future when possible), we’ve made a magnifying glass embossed with our logo. It magnifies text and icons up to 30x. 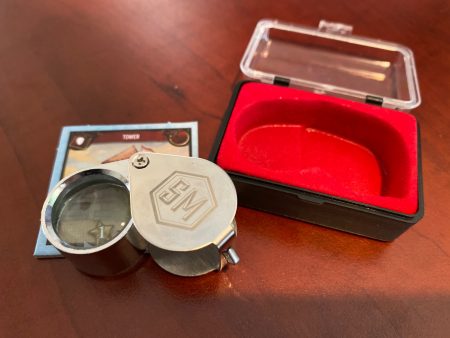 I had fun making these products, and I’m curious if any other companies this year are release real-but-also-joke products. Let me know in the comments if you hear of any!

This entry was posted on Wednesday, April 1st, 2020 at 10:00 am and is filed under April Fools. You can follow any responses to this entry through the RSS 2.0 feed.