Have You Been Surprised by a Marinara Pizza?

I learned an invaluable life lesson this weekend. As with most life lessons, it’s about food.

There’s a St. Louis restaurant called Union Loafers that makes superbly delicious pizza. We’ve been trying to order delivery and pickup from local restaurants to support them (and get good food), and yesterday I found myself craving that incomparable combination of bread, tomato sauce, and cheese.

I was craving pepperoni too, but I haven’t eaten meat in 3 months. I love pepperoni, but I don’t need it.

Megan wanted a classic, and I looked at the marinara and though, “Oh, that’s a classic with a little something extra.” So I ordered one of each.

When we got home, I looked at Megan’s pizza and saw a delicious combination of bread, tomato sauce, and cheese. Then I looked at my pizza and realized instantly that I had made a terrible mistake.

I had ordered a cheeseless pizza.

I don’t think Megan has ever seen me more devastated. Fortunately, we live near a grocery store, so I picked up some mozzarella and added my own cheese. It isn’t as good as that special, greasy, pizzeria cheese, but it did the trick.

I appreciate the existence of a cheeseless pizza–as the menu clearly says, it’s vegan, and I’m sure it’s much healthier than the cheese version. But it’s just not how I want to eat my pizza. If you feel the same way, hopefully you can avoid making the same mistake I did.

Have you ever been surprised by a pizza that wasn’t quite as you envisioned it? 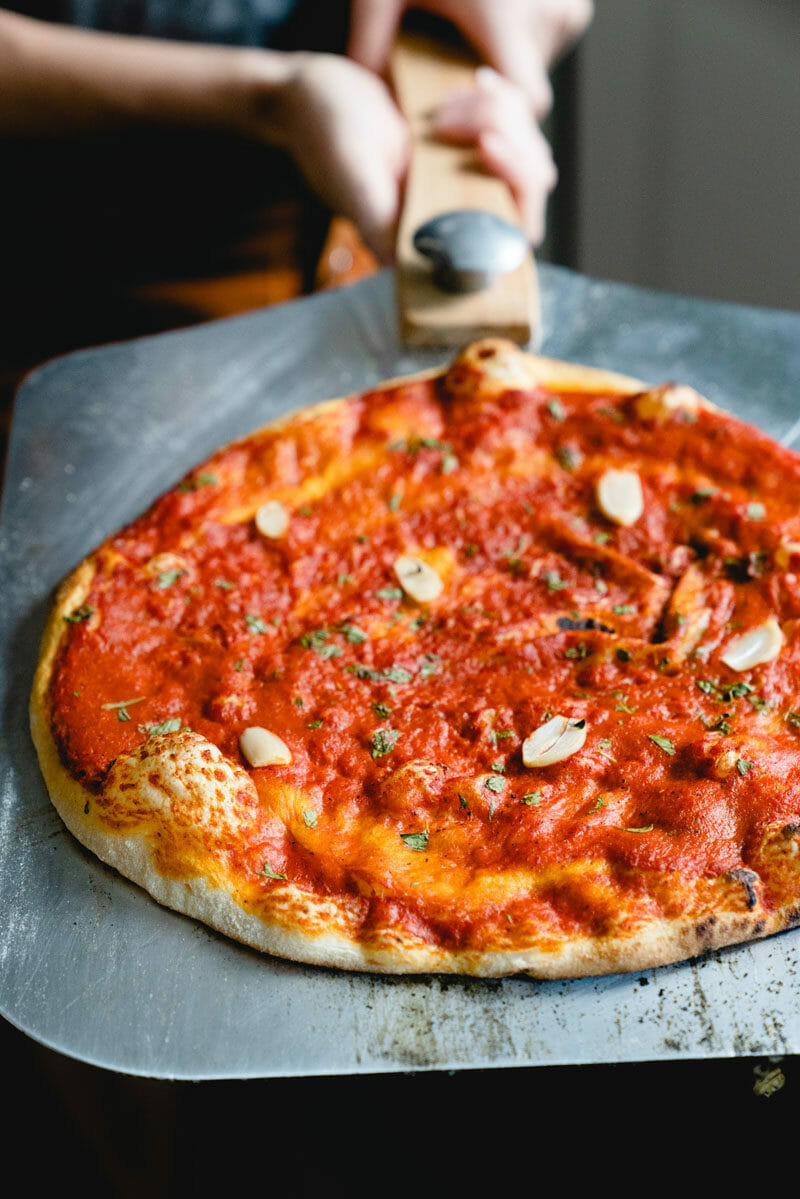 This entry was posted on Sunday, April 19th, 2020 at 4:31 pm and is filed under food. You can follow any responses to this entry through the RSS 2.0 feed.

6 Responses to “Have You Been Surprised by a Marinara Pizza?”