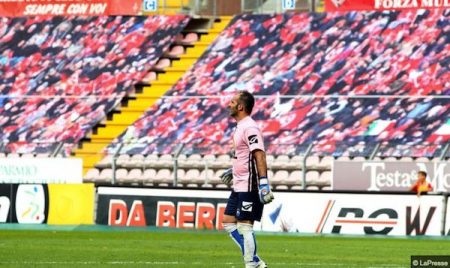 I’ve always viewed professional and collegiate sports as entertainment, nothing more. But I have to say that I miss that form of entertainment. I miss checking ESPN for soccer scores and basketball highlights. I miss fantasy baseball. And I’m worried that I’ll have to miss football this fall.

Of course, preventing the spread of the pandemic is far more important than watching balls being kicked and thrown. Any professional or high-level collegiate sport requires hundreds of people to coordinate and broadcast–even if they’re the only people in the stadium, they cannot socially distance from each other.

But on several levels, it’s surprised me to hear that some athletes have said that it’s not a sport of there are no fans. First, most games are played without the majority of their fans in attendance. “Spectators” is a better word. Second, I’m sure even the most elite athlete has played games without spectators (they’re practices, pick-up games). Yes, it’s more exciting to have 20,000 people cheering for you in person, but that doesn’t nullify the nature of sport.

It appears that there are a growing number of fans who would gladly watch sports at home even if stadiums are empty. ESPN’s latest poll showed that 76% of participants would support the return of sports if the players, crew, and support staff were protected from infecting each other.

All of that said, I can see how athletes are the most entertaining when they can hear and see the fans. So why not make that happen? Install a videoconferencing device on every seat in the stadium. A fan can buy a ticket to the game to have access to the device–they can watch the game through it, and as they cheer for the game, the players on the court/field can see their face and hear their cheers.

Sure, some fans might abuse this, but there’s software to detect nudity and obscenities (perhaps far better than spectators). It would cost quite a bit to install such a system, but who knows how long this pandemic will last. It could be well worth the investment.

I’m curious what you think. Which sports do you miss the most? Would you watch them even without spectators in the stadium? What do you think about my virtual spectator idea?

This entry was posted on Tuesday, May 5th, 2020 at 5:27 pm and is filed under sports and tagged with sports. You can follow any responses to this entry through the RSS 2.0 feed.

2 Responses to “How Do You Feel About Sports with No Spectators?”