How Often Do You Change Your Razor Blades? 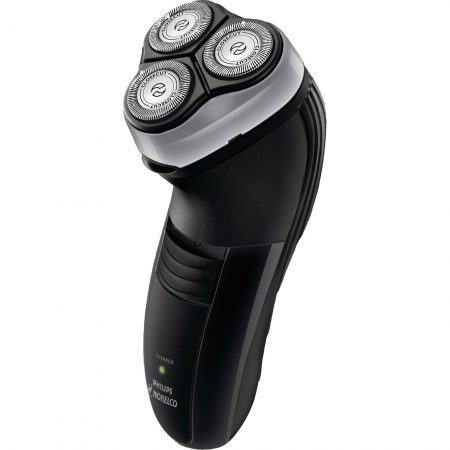 I have a confession: Until yesterday, I’d never changed a razor blade.

I’ve owned two razors in my life, both of them electric Norelco razors like the one pictured here. I used the first one from around 1997-2013, at which point I upgraded to a cordless version. I’ve used that version ever since (7 years).

I know that replacing razor blades is a thing, but I’ve always associated it with traditional razors, the kind you see on commercials. It never occurred to me that I could–and should–replace the blades on my electric razor.

However, for many years my neck has gotten really irritated whenever I shave it. Megan noticed it recently, and she asked when the last time was that I replaced the razor blades. To her horror, I told her I never had.

As I now understand it, I’ve been shaving with dull blades for years. They still cut my hair, but at times they’re probably pulling out the hair instead of cutting it. And while I have cleaned my razor, there’s a certain accumulation of dead skin that never really goes away unless you replace them. Kind of gross, right?

So last night was the first time in 7 years that I’ve shaved with new blades, and it was pretty incredible. I still experienced some slight skin irritation–I think that’s more about my skin than the razor–but it was significantly less than normal. I’m definitely looking forward to my next shave, and to not waiting 7 or 16 years to replacing the blades again.

How often do you replace your razor blades, especially if you use an electric razor?

This entry was posted on Tuesday, May 12th, 2020 at 6:21 pm and is filed under personal. You can follow any responses to this entry through the RSS 2.0 feed.

4 Responses to “How Often Do You Change Your Razor Blades?”